It’s about time England updated its stereotype of the brash, unsophisticated Aussie

Being the only Australian in my office, I was like the new play thing, expected to say things on demand such as, “strewth”, “daggy”, and “flamin’ galah”. Is that really how people in England see us? 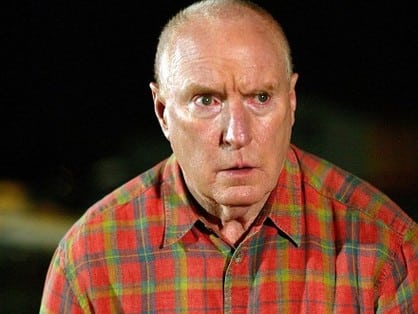 WITHIN a week of starting my new job in London, I received an email from a colleague with the subject line titled “Urgent”. I was concerned. Had I done something wrong already? Was I behind on a deadline?

Opening the email with apprehension I read the following:

What do you call an Australian with a champagne bottle? A waiter.

And so it began. Being the only Australian in the office (an unusual scenario in London, admittedly), I was like the new play thing, expected to say things on demand such as, “strewth”, “daggy”, and “flamin’ galah”.

I was asked which Walkabout was my local, whether I preferred Neighbours or Home and Away, and why the Australian cricket team was playing so badly.

I was met with gobsmacked incredulity when I casually mentioned I knew very little about cricket, preferred the seminal Mad Men to any woeful attempt at drama by Australian soaps, and avoided the Walkabout like a New Zealander on Australia Day.

My arrival in England was not helped by the fact it coincided with the British press’ haughty delight at the seemingly sophisticated Liz Hurley blabbing all over Twitter about her relationship with larrikin ladies’ man Shane Warne.

I soon found myself wildly fluctuating between the urge to educate Britons about a new, educated breed of Australians and some atavistic, patriotic need to defend the brash, unsophisticated stereotype of Australians.

I needed to choose a position. I needed to step out from the shadow of Kylie and Jason (apparently, Australia’s very own ‘Royal Wedding’) but embrace the cultural cringe that was Hugh Jackman zip-lining (and crashing) into the Sydney Opera House.

But what would this new stereotype look like? How can you update a stereotype if you don’t have a replacement at the ready? Is there a need to stereotype at all? And worst of all, do we, as Australians, then lose the right to stereotype the Brits as pale-skinned whingers and terrible sportspeople?

In my experience, the light-hearted ribbing between Aussies and Brits usually ends in a drunken begrudging admission of mutual appreciation. So while the UK perhaps does need to acknowledge the diversity of modern Australia and the contribution of artists such as Tim Minchin, actors such as Geoffrey Rush and authors such as Patrick White, let’s not deny them their unadulterated joy in Peter Andre, Dame Edna and Alf Stewart.