Australian comic Nick Sun is performing his stream of consciousness, absurdist free form, free-wheeling 'Death is a Work in Progress' show at Soho Theatre. Performing three shows only from Thursday 17 January - Saturday 19 January, Aussie fans should get in quick. 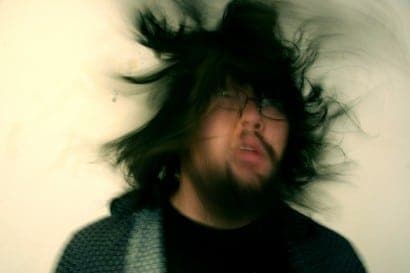 TAKE a trip down memory lane and get hit by a car you used to drive. Or just see Nick Sun’s Death is a Work in Progress, it pretty much feels like the same thing only more enjoyable. A stream of consciousness splattering of gallows humour, stupid impressions, absurdist free form, reverb and other choice miscellany from the free-wheeling wunderkind of the international comedy underground.

Australian Nick Sun has quickly earned a reputation as a brilliant comic, albeit one who is slightly off-centre, even “unhinged” (the Age). Having won Raw Comedy in Melbourne in 2004, which rewards new comic talent, Nick went on to perform at the Edinburgh Festival Fringe. Nick’s show “Blood on the Yolks in the Key of Owls” at the 2006 Melbourne International Comedy Festival was awarded the Director’s Choice award by festival director Susan Provan.

With an exciting modern style and a charismatic stage presence all his own, come see why Nick is quickly acquiring the reputation on the UK comedy scene as ‘The Comedian’s Comedian’s Podiatrist.’

Renowned internationally by his peers for his cutting dark comedy, reckless honesty and surrealist sensibilities, catch him at his best with nothing left to lose as he performs one last time in the UK before embarking on a new career path as a professional suicide hotline florist.

Nick Sun is performing Death is a Work in Progress at Soho Theatre from Thursday 17 January – Saturday 19 January at 7.15pm. Tickets are £10 and available through www.sohotheatre.com.

“If you didn’t like Nick Sun, then you sucked as an audience.” Doug Stanhope

“Completely unlike anything else around.” Chortle