A simple guide to knowing more about vanilla beans

How much do you know about vanilla beans? Not much? We've got you sorted. 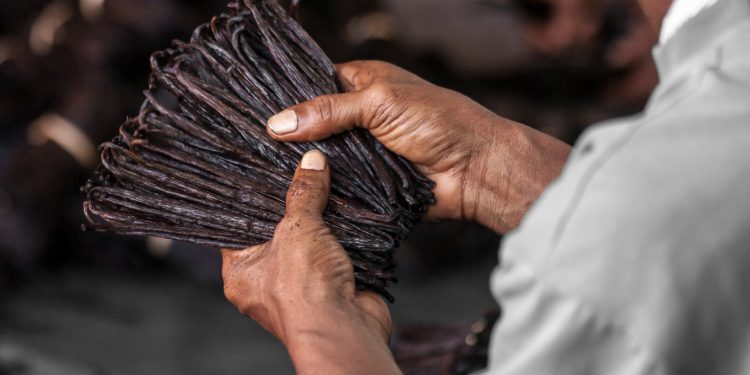 If you think that buying vanilla is simply a matter of taking a bottle off the shelf of your local grocery store, well, you’re in for a bit of a surprise. Purchasing the ‘right’ vanilla is as complex as the flavour itself, but relax; we can help.

For starters, there is a number of different types of vanilla in the marketplace today. The differences are based largely on which part of the world they’re grown in. But of all the vanillas in the world, two stand out: Tahitensis Vanilla and Planifolia Vanilla.

Tahitian and Planifolia vanilla beans are the two most popular varieties of vanilla in the world, and like all vanillas, both are sold as beans, paste, powder, and extract. Tahitian Vanilla beans are produced from the Vanilla Tahitensisspecies of orchid andare grown throughout the French Polynesian islands of the South Pacific, including Tahiti, Papua New Guinea, and Indonesia. Bourbon beans are produced from the Vanilla Planifolia species of vanilla orchid and are grown in Papua New Guinea, Indonesia, Uganda, Madagascar and Tanzania.

Ban on credit card use for gambling in the UK: A way of minimising the risk of financial harm

The Bourbon Planifolia variety of vanilla bean is known for its distinctive aroma, complex flavor, and its mellow creaminess, making it the ideal bean for baking, as well as flavouring flans, gelato, icings, and ice creams.

These beans are rich with flavor and aromatic qualities that make these beans one of the most popular and sought-after vanilla variety. The beans are long and slender with a very rich taste and aroma, with undertones that are often described as ‘rich, sweet, and buttery,’ with hints of dried fruit and caramel. Bourbon Planifolia vanilla beans are primarily used in cooking and most commonly used to flavour ice cream, baked goods, chocolate and other sweets. A few of those baking recipes can be found on the Native Vanilla website.

The Tahitian Vanilla variety of vanilla bean is known for its rich, floral, fruity, cherry-like flavor. The Vanilla Tahitensis of Papua New Guinea are also known for their stunning appearance. These beans are plump, pungent, and rich in oil, with a gorgeously thick black outer pod. Tahitian vanilla pairs particularly well with spring berries, and tropical fruits. The beans, or pods, are shorter and broader than their Bourbon Planifolia cousins.

Grade A or Grade B vanilla beans?

Now, as you shop for these beans, you’re going to run across product names such as ‘Gourmet vanilla beans from Madagascar’ or ‘Grade A Bourbon Planifolia vanilla beans’.  So, it’s helpful to know what some of these terms mean. For starters, a Grade A bean is considered a Gourmet bean. Grade A or Gourmet beans are generally six to seven inches in length and longer, with a moisture content of 30-35 percent. By contrast, a Grade B or ‘extraction grade’ bean – so called because it is best used in making vanilla extract – is typically shorter in length (less than 5”), is not as wholesome in appearance, and not quite as moist.

Understanding how beans are graded will help you choose the bean that is right for your purposes. For the best beans, extracts, and powders in the world, as well as to learn more about cooking with vanilla, visit nativevanilla.com.