Why you should visit Japan in winter

Zip between ski resorts, natural hot springs and snow monkeys. Here are five winter activities that will convince you to holiday in Japan. 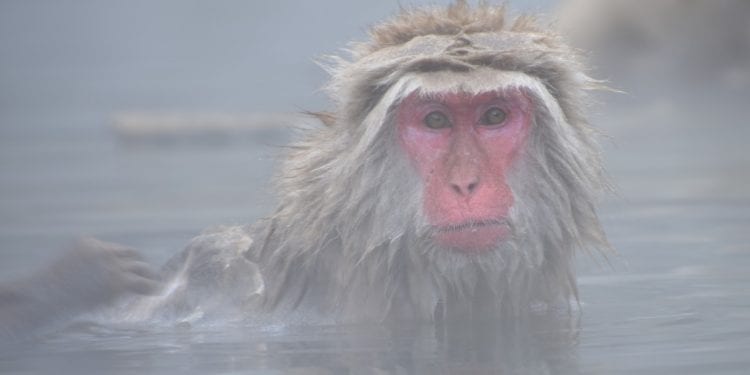 Ever dreamed about soaking in a hot tub after a long day on the ski pistes while a troop of Japanese snow monkeys play around you? Granted, it may be a specific fantasy, but, crazily enough, it could become your reality if you take a winter holiday in Japan.

Although a bit more of a hike from Blighty, Japan is totally worthwhile as a winter holiday destination for Aussies for the heap of fun activities to check out. Getting around everything couldn’t be easier with the Japanese rail network, as you can easily zip between ski resorts and natural hot springs on the speedy Shinkansen bullet train. Here are five winter activities that will convince you to holiday in Japan.

Skiing and snowboarding in Japan

Most Japanese ski resorts see around 10-18 meters of annual snowfall that attracts a whole lot of Aussie thrillseekers for quality skiing and snowboarding. The ski season in Japan runs from December to mid-April, and the slopes are busiest in January. Flights to Japan and resort accommodation is cheapest in March when there is still plenty of snow to enjoy.

On the Northern island of Hokkaido, the Furano resort is the best bet for advanced skiers and snowboarders, while beginners and intermediate skiers will want to check out the Niseko resort.

On the main island of Honshu, the Hakuba Valley in the northern Japanese Alps is a great option for a long skiing holiday in Japan. The valley offers 11 different ski resorts with a combined 137 kilometres of terrain, and more than 200 runs.

Gala Yuzawa is only 75 minutes by bullet train from the capital and has its own station, so is perfect for a day trip to ski near Tokyo. The JR Pass also offers a handy package deal with train ticket and lift pass included in one.

It’s fair to say that the Japanese love colourful, sparkly things. This is never more evident than in the winter illumination season in Japan when mesmerizing light displays coat public spaces from October to February.

There are also hundreds of displays to experience outside of Tokyo, easily reached by train. One of the most eye-catching is that of the Lake Sagami Resort Pleasure Forest, a theme park in the Kanto Region decorated with over 5.5 million LEDs.

Those looking for something more traditional can head to Arashiyama Hanatouro in Kyoto. Dominated by bamboo forest and flower displays, this beautiful natural park is subtly lit with Japanese lanterns during two weeks in mid-December.

Onsen is Japanese hot springs and can be found all over Japan in a variety of formats. The traditional onsen outdoor springs are the most unique and impressive in winter when surrounded by snow, and there are prime examples all over the country.

For an authentic onsen experience, catch the Shinkansen to Hyogo and visit Kinosaki Onsen. This charming resort town offers a plethora of outdoor onsen, willow-lined canals to stroll alongside, and the chance to see locals dressed in traditional yukata kimonos.

To visit the oldest onsen bathhouse in Japan, take a trip to the southern island of Shikoku and the place-like Dogo onsen, which boasts 3,000 years of history. For the best onsen in Hokkaido, head to Noboribetsu, where the water is said to have skin-softening and fatigue-busting properties.

Japanese onsens always require nude bathing and it’s advised to brush up on onsen etiquette before taking a dip. Don’t forget to bring your modesty towel!

This onsen natural park near Nagano is literally the only place in the world where you can see a bunch of monkeys enjoying a hot natural bath. It’s best to visit between December and March when the monkeys are naturally inclined to bathe to keep out the cold.

Travel around Japan with Shinkansen

The Japanese bullet train, or Shinkansen, is something to marvel at in itself. Shinkansen trains reach up to 320 km/hr and bullet train lines connect major cities across the entirety of Japan. Some of the most popular lines include Tokyo to Osaka and Tokyo to Nagano, with stops in cities like Kyoto and Nagoya.

Traveling in the Shinkansen is the safest, fastest, cheapest and most comfortable way to get around the country. Travelers can choose from 3 different rail passes, but the Japan Rail Pass covers the entirety of Japan’s main islands of Honshu, Kyushu, and Hokkaido.

The speedy, punctual transport also makes it easy to get around all the biggest winter events in Japan, which also include the Kamakura (snow hut) Festivals in northern Honshu and the Sapporo Snow Festival with its jaw-dropping giant snow sculptures.