Few things are more romantic and drenched in old world charm than a train journey. Australia offers some of the most scenic tourist orientated railway journeys in some of the world's most charming trains.

by Australian Times
in Inspiration 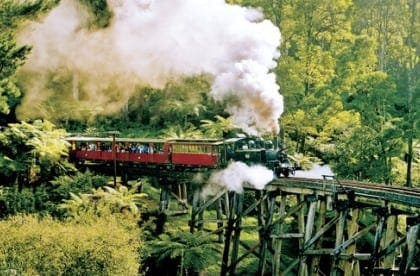 “I like trains. I like their rhythm, and I like the freedom of being suspended between two places, all anxieties of purpose taken care of: for this moment I know where I am going.” â€• Anna Funder, Stasiland: Stories from Behind the Berlin Wall

Australia offers travellers a choice of some of the best train journeys in the world.

Australia’s first trains began operating in 1854.  The first train lines in Sydney, Melbourne and Adelaide spanned only a few kilometres.  In 1855 visionaries dreamed of a network of railways crossing the country and connecting all the major settlements, increasing access to inland Australia and its resources.

As settlers travelled further away from major settlement the train lines followed suite reaching further inland along with the pioneers.
Early Australian trains were powered by steam engines that burned coal but by the 1950s, these were replaced by diesel locomotives and were eventually followed by electric trains.

Take a vicarious journey on some of Australia’s most charming trains, which will sweep you on scenic and historic adventures back in time.

The Puffing Billy (pictured above) is considered one of Australia’s most famous steam trains and is a popular tourist attraction.  The line slinks along its original mountain track in Victoria’s Dandenong Ranges.

The Zig Zag railway (below), provides awe-inspiring views of the Blue Mountains in New South Wales. 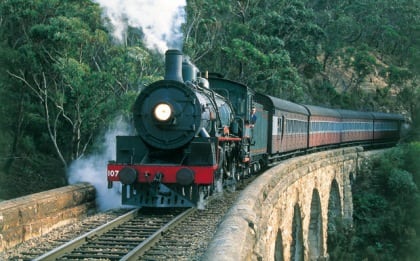 Between Melbourne and Adelaide runs The Overlander, which has been operating since 1887. 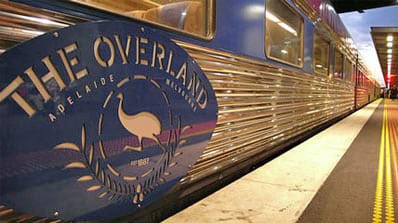 If you are looking for more sophistication, the high-speed Tilt Train between Brisbane and Cairns in Queensland is your thing.  The train is modern, well equipped and, thankfully, air conditioned. 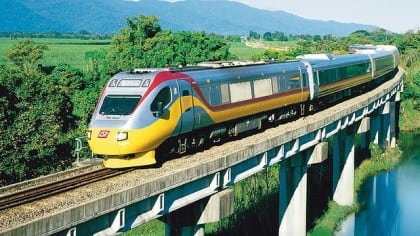 You’d have to be unconscious not to appreciate the antiquity of the Pichi Richi Railway, a heritage steam train in Quorn, South Australia. 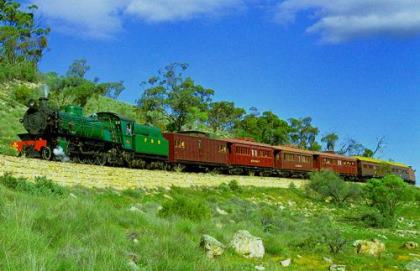 Explore the beautiful tropical hill country between Cairns and Kuranda in far north Queensland from the comfort of the Kuranda Scenic Railway. Bellarine Railway is a charismatic and an historic steam train journey between Drysdale and Queenscliff in Victoria. 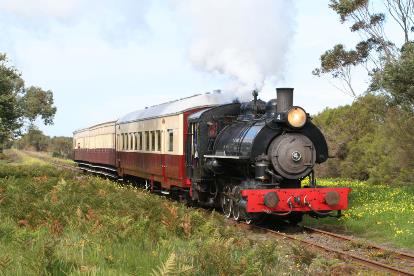 The beautiful Hotham Valley Tourist Railway clickety-clicks along its route in Western Australia. 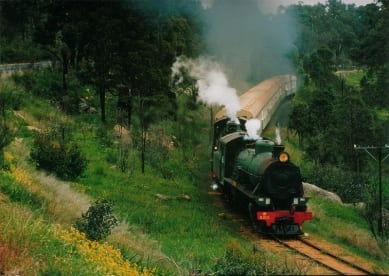 The SteamRanger ‘Cockle’ Train takes you on a scenic stream train journey from Goolwa to Victor Harbour in South Australia. 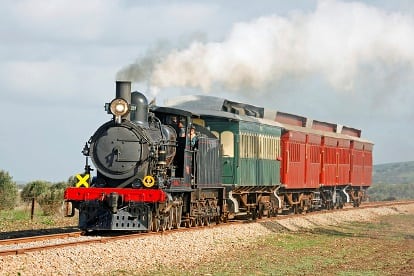