Expat Australian OLIVIA HAMBRETT has had a long and intense love affair with the little Greek island of Santorini. They have shared good times and even better times, but now she wants the world to know about the beauty of this hidden European gem.

by Liv Hambrett
in Inspiration 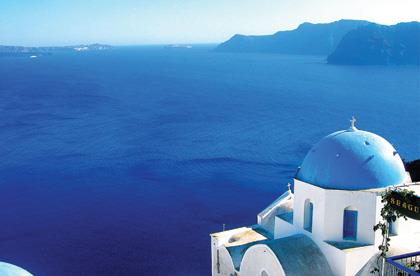 IF I could have five minutes of face time with the Santorini tourism powers that be, I would ask them but one thing. It would be, and this is as eloquently as I can put it: ‘why don’t you give the white houses on the cliffs a break and show the world your history and your industry?’ And they would probably look at me and say: ‘because, Olivia, it has worked just fine thus far.’ And they would, of course, be quite right. White houses, black beaches and the sun setting behind a volcano (or indeed sinking into absolutely nothing) has been the island’s bread and butter for the past 30 years. And that’s all very well. It draws the crowds, it prints the postcards.

But I have been thinking. Given the importance of tourism right now, for Greece’s economy, and given this season has been a touch quieter than years past, perhaps it is time to think about mixing things up a bit — and I am coming at this with a few years of serious field work under my belt. I have a couple of ideas, dear Santorini, and I think they could work. Here’s what I think we should do:

Acclaim Akrotiri
Tell the world more about Akrotiri. About the Minoans living there 3000 years ago, about what they achieved, how they lived. Your reconstruction of the excavation site has been so beautifully done. Charge people more than 5â‚¬ for the privilege of walking through history. We pay 5â‚¬ for a Starbucks coffee and a hell of a lot more to see fairly shitty art and theatre and film. So we’ll pay more to see one of the world’s most significant ancient Minoan sites. Just spread the word, generate the buzz, educate the masses.
Your little island is an extraordinarily important, bite-size piece of human history. I know you know that, so let’s tell everyone else. And let’s charge them 15â‚¬ and the profits can go towards cleaning Perissa up, the rubbish is getting a bit silly. 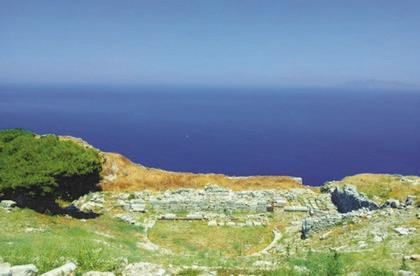 And while we’re on the topic of ancient ruins, why the hell are you hiding that old Spartan city up there on that big rock? Why is the road to get there so treacherously curvy, so as to almost deter all but the most determined (Spartan?) of visitors? Why isn’t more of a deal made about the fact on top of that dirty great rock is a Spartan city? One that was then inhabited by the Romans, some several hundred years after the Spartans. Sure, there are signs. And pamphlets. And people do make it up there to Ancient Thera and stand, hundreds of metres above sea level, looking at an amphitheatre used thousands of years ago. But that isn’t enough. Such an incredible snapshot of human history (noting a theme here?) needs to become synonymous with the name of your island. People need to say ‘Minoan ruins!’ and ‘a Spartan city’ in a game of word association, when Santorini comes up. These things are special. And for goodness sake, up the ticket price from 2â‚¬.

Praise Pyrgos
And please, make more of a deal of Pyrgos. Oia is beautiful, of course, and Fira is where the action is. And I know the tourists want the beaches — it’s the only sunshine some of those Northern Europeans see the entire year, I get that they want to see it, splayed beneath it. But Pyrgos is the real deal. And so is Emporio. Not enough people know about its castle and although I quite like that, and I love the handwritten sign guiding the wayward few who want to find it, if we’re in the business of overhauling your marketing plan, then Emporio needs to feature.

Let’s talk about your wine. Why do so many restaurants and bars serve the vile cheap stuff, when your wine is your second biggest industry? I know, I know, because it’s cheap. But your good wine isn’t that expensive. Would it kill places to feature at least a few 10â‚¬ bottles of Santorini white on their wine lists? Could the beautiful, cultivated, long-standing relationship between traditional Santorinian food and wine get more of a look-in at the multitude of tavernas populating the island? 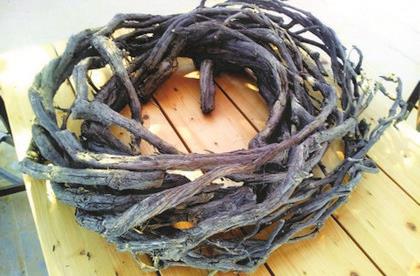 Wine, glorious wine
And maybe wine tours could get the air time volcano tours do. The volcano is pretty amazing, but, at its core, an enormous, hot pile of rocks that make you feel vaguely uneasy as you scramble to the top. A wine tour, however, involves cheese and meats and chocolate and quenching thirst and learning truly fascinating facts about ancient and modern Santorini and an industry the island’s inhabitants have perfected over thousands of years. So why not push the wine tours a bit more? I went on one and it was fantastic. I knew your wine shrubs grow small and close to the ground to survive the meltemi winds but I didn’t know the trunk of the shrub has actually been coaxed to grow into a spiral like basket, that protects up to 5kg of grapes, as they grow! And I didn’t know there is a progressive, award winning vineyard that produces a rose that smells like a big basket of fruit. Nor did I know there was a vineyard so close to the ocean, the salty breeze can permeate the wine. And quite apart from all of that, being ferried around in an air-conditioned van, from winery to winery, trying the best the island has to offer, was one hell of a splendid way to spend an afternoon. 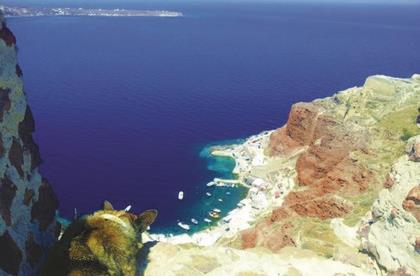 Being better
I love you Santorini. You have given me a lot, over the years, and our relationship is a pretty solid one. That’s why I feel confident enough to be able to put this on the table — you can do better. You need to do better. You are better. Change the world’s focus. Pry the people away from the sweaty crowds in Fira, from the over-priced cafes in Oia and cheap beach breaks that feature ‘full English breakfasts!’ to woo the full English tourists and show them where you have come from and what you can do. Because God knows an ancient Spartan settlement beats fried eggs and beans any day.

That’s it for now. I’ll let you know if anything else springs to mind.

And Tourism Australia, you’re next.