Waterhouse wins Melbourne Cup with a horse she found in England

Gai Waterhouse has won her first Melbourne Cup with a horse she went to England to find to fulfil her dream. 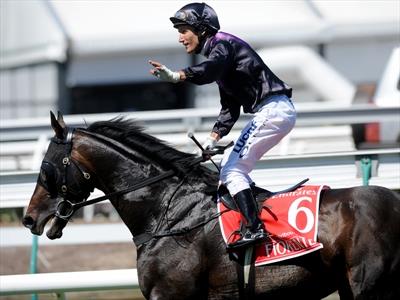 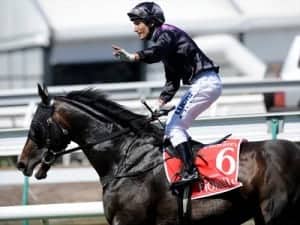 TWENTY years after she saddled up her first runner in the Melbourne Cup, Gai Waterhouse has fulfilled her destiny with Fiorente taking out Australian racing’s biggest prize.

Click here to find out how you can celebrate the Melbourne Cup in London.

Te Akau Nick finished second in the 1993 Cup which changed the face of the race for the future when the winner Vintage Crop began the European raid.

Two decades on and Waterhouse won the Cup at Flemington with a horse purpose-bought in England and one who ran second in the 3200m endurance test a year ago.

Fiorente was the most popular with punters, starting the $7 favourite, and Waterhouse, who also had a second placing with Nothin’ Leica Dane in 1995, admitted to feeling some pressure.

“I went into the race with a real live chance for the first time ever,” said Waterhouse, who has emulated her father Tommy Smith as a Cup-winning trainer.

“I didn’t want to let people down. I kept saying to (husband) Rob ‘God I hope we win it’.

“It is every trainer’s dream and yes, it has been a burning desire to win.”

It was a third Cup win for jockey Damien Oliver, a replacement for Nash Rawiller who was sacked after Fiorente’s fourth in the Turnbull Stakes.

It was also Oliver’s first race ride on Fiorente after he missed his Cox Plate third through suspension.

But Oliver, who returned this spring after serving a 10-month ban for a betting offence, had confidence in the six-year-old although he admitted he had hadn’t begun the race as well as he’d hoped.

With English horse Ruscello driving forward from his outside gate, Fiorente was on the second half of the field but worked into the race as both jockey and trainer hoped.

Oliver made his move rounding the home turn and took control at the 200m, holding off 2011 runner-up Red Cadeaux ($61) by three-quarters of a length.

Mount Athos ($13) improved two spots on his fifth last year after being up on the pace throughout.

The race was marred by a fatal injury to the Aga Khan’s first Cup runner, Verema, who broke down near the 2000m and could not be saved.

The shareholders of Fiorente are many and varied, but managing owner Andrew Roberts spoke for the group.

“I had shares in other horses Gai has bought from overseas, Glencadam Gold and Julienas, but it’s very special to be part of Gai’s journey,” he said.

“I don’t know all the owners. Some have smaller shares than others but we all celebrate.”

Waterhouse fought off interest from other Australian groups to buy Fiorente and said she had bought another three horses from Europe in the past week to get ready for next year.

Her other horse in the Cup, Tres Blue, faded to finish 22nd, beating only Ruscello home.

Fiorente became the first horse since Empire Rose in 1988 to back up a year later from a place in the Cup but Waterhouse said it would be too hard for him to have another go.

“Apart from the great mare (Makybe Diva) horses are weighted out of it.

Weight in terms of numbers did little to help owner Lloyd Williams, with Fawkner the first of his runners home in sixth place.

Waterhouse sought the advice of four-time winner Williams ahead of Tuesday’s race.

“I rang Lloyd to ask him what I should do,” she said.

“It’s all very well saying you know how to do it but then people ask why you haven’t done it.”

Whatever Williams told her obviously worked.

Also Read: How to use the Kelly Criterion in the betting world