Determined to become a Test player, David Warner has revealed a strict new approach in practice and attitude is helping him build his case for a baggy green. 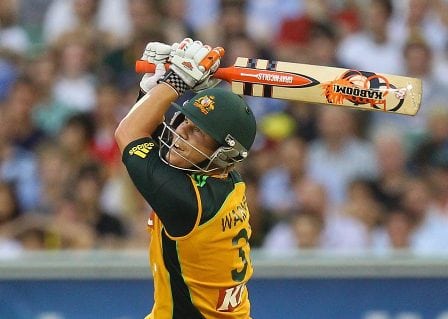 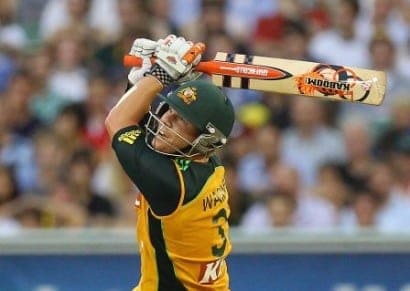 DETERMINED to become a Test player, David Warner has revealed a strict new approach in practice and attitude is helping him build his case for a baggy green.

The 24-year-old is arguably the best Twenty20 batsman in the world and a lethal weapon in the 50-over form as well.

However, until recently, Warner’s had a tough time convincing selectors he’s versatile enough to adapt his explosive game to become a five-day star.

Although he’s not in the squad for the looming two-Test series against South Africa, Warner is the next batsman in line and he has a believer in Australian skipper Michael Clarke.

“I think he’s ready to play all three forms of the game now,” said Clarke.

“We’ve got players in the Test squad that have been performing as well and scoring runs, so Davey’s going to have to bide his time.”

Opening batsman Warner’s hard-fought 74 in Sunday’s second ODI loss to the Proteas in Port Elizabeth wasn’t his best knock, but further illustrated his ability to dig in when needed.

Warner has implemented almost match-like conditions in the nets as a key part of his strategy to become the most damaging Test batsman since Adam Gilchrist.

“If you get out you’ve got to be strict on yourself, and say if I get out more than once I should actually walk out of the net,” said Warner, back in the ODI side after a two-year absence.

Warner said rather than worry about being stereotyped as a slugger in the past, he’s acknowledged his game needed work and is doing something about it.

“I would say it’s just taking ownership to say alright I haven’t been consistent enough, a lot of people have said that and I know that for a fact,” Warner told AAP.

“I’ll keep aspiring to be more consistent … not actually throwing (my wicket) away, and hopefully one day get that Test cap.”