The London Broncos were no match for the Wakefield Trinity Wildcats Sunday afternoon, going down 28 to 0 at Twickenham Stoop. 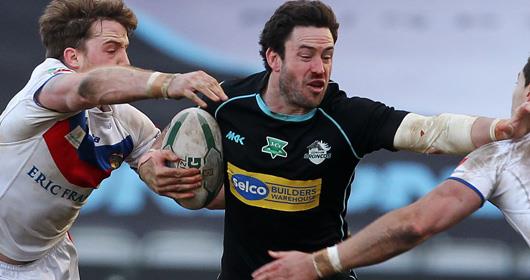 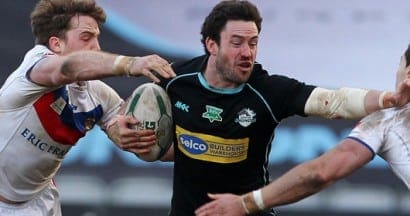 THE London Broncos were no match for the Wakefield Trinity Wildcats Sunday afternoon, going down 28 to 0, at Twickenham Stoop.

Despite a wealth of talent and experience, including eight former Australian NRL players, the home side failed to fire.

Less than a minute of play had passed when the visitors stormed through the Broncos defences to claim the first try of the day.

Ben Cockayne did the damage with the first of two tries, with Paul Sykes converting the try to give the Wildcats an easy six-point lead.

With the sun shining on the Wildcats supporters, it looked like it was going to be a long day for Bronco fans.

London managed to defend a strong opening ten minutes from the visitors before they settled into the half.

There was plenty of excitement with a big hit from Bronco Antonio Kaufusi, a former Queensland Origin player, and some strong attacks by the home side.

Captain Craig Gower was unable to capitalise on three penalties, bringing London within five meters of the try line before losing possession.

Strong defensive pressure by fellow Aussie Shane Rodney kept the Wildcats at bay, stopping Cockayne right on the line from scoring with seven minutes to go before half-time.

Despite Rodney’s pressure the visitors looked set to go into the break with an 8-point lead, after Alex Hurst gave away a penalty. Lucky for the Broncos Sykes missed the kick.

Broncos hopes of a strong start to the second half were dashed when the Wildcats opted to kick for a goal off a penalty in the first five minutes, giving them a 8-point lead.

The pressure lifted from here and there wasn’t a lot the Broncos could do to stop the Wildcats, with another converted try minutes later.

Despite some good work by Gower both defensively and in attack, he was relatively unsupported and the Broncos allowed another try at the 21-minute mark.

This gave the Wildcats a comfortable 18 to 0 buffer. Kieran Dixon looked set to give the home crowd something to cheer about with a strong run down the field from his own 20 to the try line.

Unfortunately the referee called a knock on, and play was brought back into Broncos own territory. It didn’t take long for the Wildcats to capitalise. They crossed the line again giving them a 22-point lead and ending all hope for London.

A final converted try from the Wildcats with less than seven minutes to go sealed the victory, the visitors running out the game 28-0 as victors.

This is the third straight loss for the Broncos. Coach Tony Rea was pleased with some of the defensive work from the team, but felt they didn’t make the most of their chances.

“At times we were strong under pressure; we just need to be better when we get our good moments,” he said.

The London Broncos now have two away games, travelling up to Wigan next weekend.