Down at Motspur Park, Wimbledon, the marquees were up, Fosters were on ice, and the sun was shining; the stage was perfectly set for AFL London’s grandest day.

Proceedings kicked off at 10.30am with the Social Division where old rivals, the West London Wildcats and Wandsworth Demons, battled it out. With teams in all the men’s divisions, the Wildcats were coming into the day as favourites across the board. By half time it was evident that the Demons were giving it their all and were not planning to lose this one. A relatively low scoring game saw the Demons run over the Wildcats 7.4.46 to 1.9.15 with Demon Maek Brescacin taking out best on ground. The second match of the day got under way just after midday. The crowd had grown substantially, the ground was buzzing and it was the North London Lions’ turn to have a crack at the Wildcats. Their Conference (second division) team, the Shepherds Bush Raiders, had also gone through the season virtually undefeated bar one surprising loss to the South East London Giants. After seeing their thirds team go down to the Demons, the Raiders came out all guns blazing, holding the lead the entire game, despite some inaccurate kicking. The final whistle blew with a margin of 33 points to the Raiders and best on ground, Jimmy Gottschalk, bagging three of the eight goals scored. The inaugural AFL London Women’s Grand Final was next up, comprising of the Wandsworth Demons and the Wimbledon Hawks (aka: the Hawkettes). The Demons, having already bagged a win for the day, were very keen to add the ladies’ crown to the cabinet and they showed it from the get-go. The contest provided some of the roughest footy seen all day, evidenced by a few blood rules and one particularly nasty black eye. 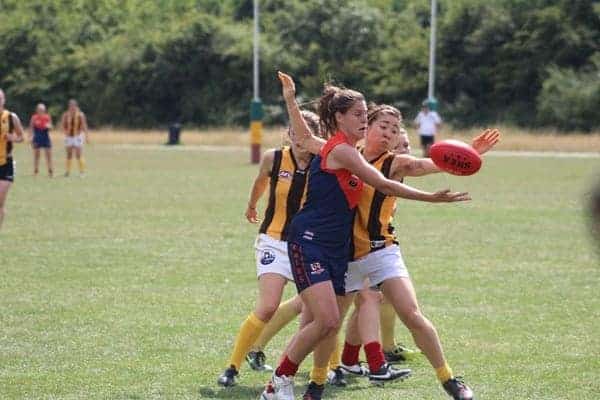 The Demons held the lead for the entire game. Four tough quarters were rewarded with a final score of 5.3.33 to the Hawks’ 1.2.8. Best on Ground could have been judged by anyone in attendance; Demon Tess Baxter taking it out, hands down. 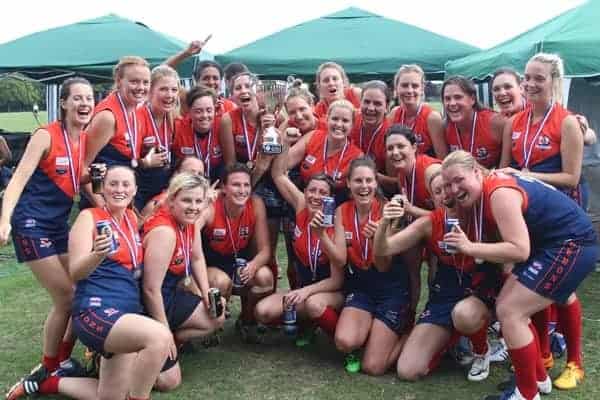 The final match of the day, the Premiership division, saw the North London Lions battle it out with the West London Wildcats. The Wildcats third team went through the season undefeated until the Grand Final and the seconds went through virtually undefeated. 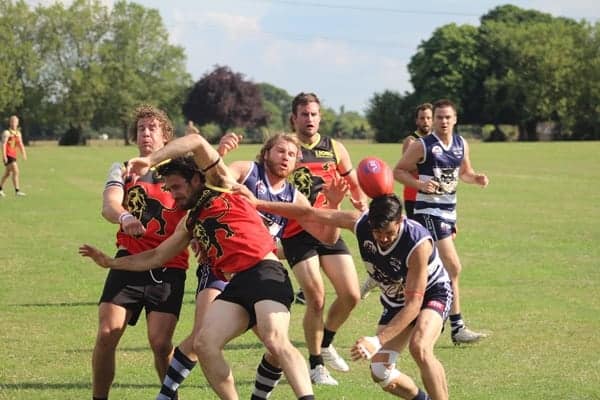 The firsts had only conceded one loss all season – their 10-point loss to the Lions only a few weeks back in Round 9. Whether it had been nerves or tired bodies, the Lions were able to hold off the fast finishing Wildcats until the final three minutes of the game. Being down for the entire contest by no more than 10 points, the Wildcats were able to find a last minute surge, kicking three late goals to put them up by five points. 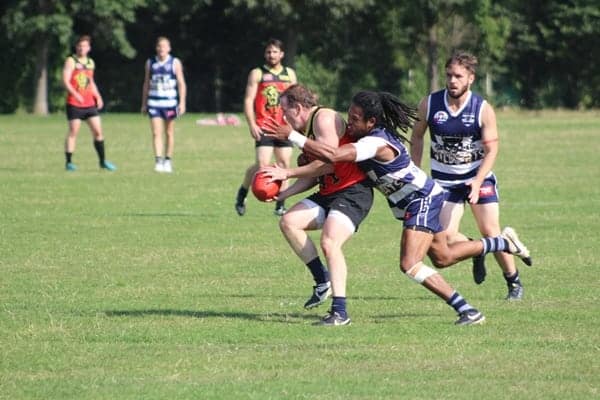 However, a thrilling final few minutes ensued. The Lions gained possession with a huge pack mark and were able to slot a goal, putting them in front by a solitary point just before the final siren – easily the most thrilling game of the 2015 AFL London season! Final score: 8.9.57 to 8.8.56. A big congratulations went out to playing coach, Ben Quick, who had an outstanding season and was rewarded with Best on Ground. 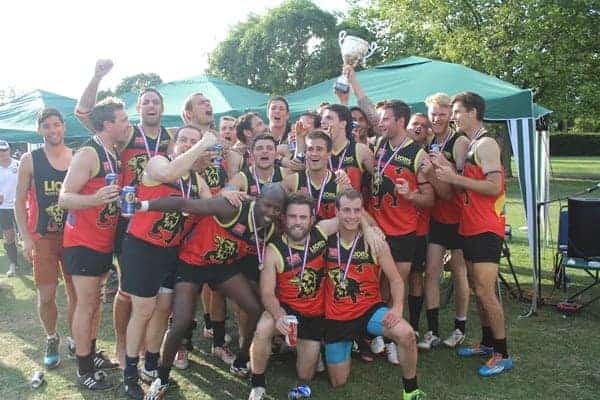 The fight that the North London Lions and the Wandsworth Demons showed throughout the season, especially in the business end, certainly sets the tone for what is sure to be a fascinating season of Australian rules football in London next year!

Lions roar over Demons and in to AFL London Grand Final

Women’s AFL making its mark in London, and they want you