Torah Bright and a number of other snowboarders have slammed the Sochi halfpipe, describing it as sub-standard. 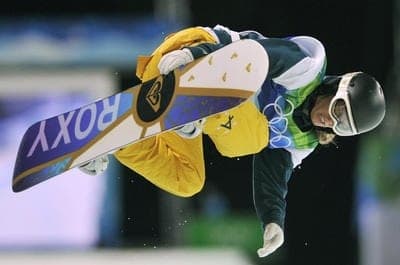 Torah Bright’s Sochi skirmishes have continued, the Australian snowboarder slamming the halfpipe facility at the Winter Olympics as sub-standard.

Bright, who on Sunday battled to seventh place on a slopestyle course of which she was also highly critical, claimed the halfpipe was too narrow to pull off the tricks people wanted to see.

“It’s brutal and all you can do is kinda laugh in there,” Bright, the defending Games halfpipe champion, told Network Ten.

Asked if it was up to standard, she replied: “No, definitely not.

“The people who are constructing the ‘pipe aren’t the greatest at their craft and it makes it challenging for us.”

“No one is able to ride their best today.

“We’ve had two days of training and you can’t even link a run.”

Bright was far from the only athlete panning the ‘pipe, a number of riders on the strong American team voicing their concerns about the facility.

Danny Davis, one of the favourites along with superstar compatriot Shaun White, said: “It’s not very good. It needs a lot of work because they hired the wrong folks to do it.”

Teammate Gregory Bretz was even more blunt, saying the only way it would get any better was if American professional halfpipe builder Frank Wells “got on a f***ing aeroplane” to Sochi.

Those dramas came after the well-publicised issues with the slopestyle course.

A spate of injuries and forced retirements, including the withdrawal of White, were hardly a good look for the event.

Organisers at least appear to be addressing athlete concerns, Monday morning’s training session changed to the night, with course shapers expected to speak to athletes and do some work on the halfpipe.

There has been an ongoing stoush with professional snowboarders and the governing body FIS (Federation Internationale de Ski) which looks after snowboarding at a World Cup and Olympic level.

Many of the top riders skip the FIS-run tour, preferring to compete at more-lucrative pro events.

Those athletes also commonly argue that facilities provided at pro events are far superior to FIS-sanctioned ones, and the Olympic Games would be better off using their course builders.

“You’ve got an organisation that potentially might need to let snowboarding go so that they can provide a better show for the Olympics the next time round,” Bright’s coach and brother Ben said.

Skiers had been largely complimentary of the slopestyle course.

“It was real challenging on the first day of training,” Australian halfpipe coach Ben Alexander said.

Alexander explained that the walls on the halfpipe were too vertical, which made it hard to get enough air to do big tricks.

But the work the shapers then did to fix the walls made the bottom too soft.

Alexander said there were positive meetings with officials and workers were operating around the clock to get things sorted.