Australian snowboarder Torah Bright has finished seventh in the slopestyle event at the Sochi Winter Olympics. 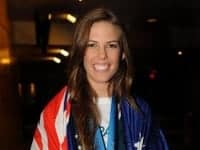 Snowboarder Torah Bright will have to focus on her ‘pipe’ dream after falling short of a slopestyle medal at the Winter Olympics on Sunday.

It was the first jump on both her runs in the final that brought Bright undone, the 27-year-old handslapping on the landings to lose valuable points with the judges.

She finished seventh with a highest score of 66.25.

American Jamie Anderson took out the event with a superb final run, laying down a marker of 95.25 that would not be topped.

Bright, the Vancouver gold medallist in the halfpipe four years ago, will turn her attention to that discipline which is contested on Wednesday.

The first competitor to contest a three-event snowboard program at the Winter Olympic Games, Torah Bright will also compete in the snowboard cross. – AAP