Silver! Silver! Silver! It doesn’t have the same ring as Gold! Gold! Gold! But for the Australian Opals, Australia’s women’s Olympic basketball team, it’s a proud record of Olympic achievement, starting with bronze at Atlanta in 1996, and followed by silver at Sydney, Athens and Beijing.

by James Drummond
in Sport 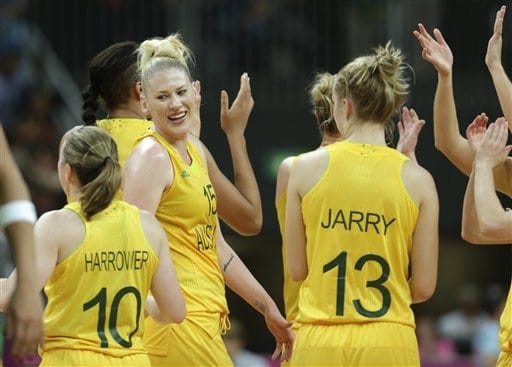 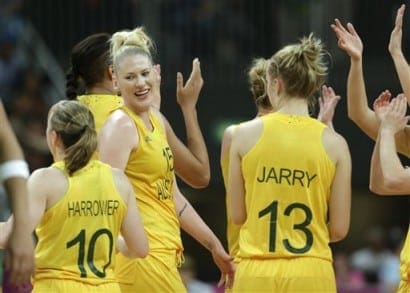 SILVER! Silver! Silver! It doesn’t have the same ring as Gold! Gold! Gold! But for the Australian Opals, Australia’s women’s Olympic basketball team, it’s a proud record of Olympic achievement, starting with bronze at Atlanta in 1996, and followed by silver at Sydney, Athens and Beijing. The Opals have become known as the team that is always the bridesmaid, never the bride — but not this year. The Opals are fighting fit, well ensconced in the Olympic Village in London, and determined to bring home the gold in 2012.

The 2012 team is a strong mix of Olympic veterans and brilliant newcomers. After an intensive boot camp in May 2012, when the whole team grouped at the Australian Institute of Sport in Canberra for team and individual training and gym work to prepare for the Olympic Campaign, coach Carrie Graf is confident that this is as good as it gets.

“Everyone’s excited about…what we hope to achieve particularly at the London Olympics,” she said on the AIS section of the Australian Government website.

In the pre-Olympic warm up games in the UK and Europe, the Opals had a dream run, beating France, China, Great Britain and Brazil until they fell at the last hurdle against France, in spite of a powerhouse performance by sharpshooter Belinda Snell. But with star players and strong veterans Lauren Jackson and Suzy Batkovic resting from competition, it probably wasn’t surprising.

The Opals’ first game on the first day of competition was against Great Britain, where they downed the Brits 74-58. In the days that followed they lost narrowly to France 74-70, beat Brazil 67-61 and are still to play Russia and Canada.

According to the London 2012 Australian Olympic website, the Opals are going into the Olympics as strong favorites to challenge the supremacy of the US for gold. The US was the final stumbling block at Sydney, Athens and Beijing, but the fact is that it was the Australian Opals that faced them at the end on each occasion.

This time around the plan is not to get stopped by the US, and for team member Kristi Harrower, a four time Olympian, the preparations for victory have put the team on a strong footing. Harrower said the team has been getting better with every game, looking forward to the Olympic campaign.

Captain Lauren Jackson has been playing since she was 17, and is joined by veterans Harrower, Suzy Batkovic and Belinda Snell, but the team is also peppered with some fine ‘young guns’ like 20-year-old Liz Cambage, from the Dandenong Rangers, who started playing at 12 and won a scholarship to the Australian Institute of Sport in Canberra.

Also making their Olympic debuts are Rachel Jarry, Jenna O’Hea, Abby Bishop, Sam Richards and Kathleen Macleod, all eager to make this the Olympics that the Opals stop being the bridesmaids, and step up for the gold.