The 2018 Football World Cup in numbers

The 2018 FIFA World Cup has been widely hailed as one of the best ever... Of course, that viewpoint may depend on your individual national allegiance. England fans enjoyed the journey despite football getting lost on the way home, while Germany’s supporters might want to erase the tournament from their memories altogether. But for the neutrals, the tournament served up a satisfying feast of football action.

Here are a few of the key numbers from the tournament.

The event featured 32 teams, who contested 64 matches over 31 days. The hosts kicked things off in perfect style, cruising to a 5-0 win over Saudi Arabia, while France and Croatia brought the curtain down with an action-packed final resulting in a 4-2 victory for the French. The total of six goals scored in the final was the most since 1966 when hosts England beat West Germany 4-2 at Wembley to lift the trophy. Six was also the number of goals scored by Golden Boot winner Harry Kane, all coming in England’s first four games. The Tottenham man began with a brace against Tunisia followed by a hat-trick against Panama before adding another from the penalty spot in the round-of-16 match against Colombia. Unfortunately for England, Kane was unable to add to his tally in the latter stages.

The overall goal tally was down on 2014, with an average of 2.64 goals per game compared with 2.67 four years ago. However, there were 29 penalties awarded, 11 more than the previous highest, of which 22 were converted. A total of 12 goals came courtesy of a decisive touch from the opposition, including Mario Mandzukic’s against France, the first ever own goal scored in a World Cup final.

It was a tournament of late drama, with 19 goals scored in the last minute of normal time or later, more than in any previous edition. It was also a competition where the set-piece specialists shone with 73 goals coming from dead ball situations, the highest number since 1966. England broke the all-time record with nine of their 12 goals coming from set plays. There was just one goalless at the tournament, the Group C clash between Denmark and winners France.

Last season’s English Premier League winners Manchester City had the most representatives at the World Cup, with 16 squad members involved in Russia. Real Madrid had 15 players involved while 14 Barcelona players also made the trip. Despite the absence of Italy, there were 11 players from reigning Serie A champions Juventus present at the tournament. France were the best-represented nation of birth, with 49 of the 736 players taking part being born in the country. France also had the joint-second youngest squad at the event (behind Nigeria) with an average age of 26. After winning the tournament, Didier Deschamps’ young charges had already been installed as 7/1 second favourites with Betway, as of July 16, to win the 2022 edition in Qatar. Brazil head the early betting at 11/2.

A pair of newcomers

Iceland and Panama both featured at the World Cup for the first time in their history. Neither side won a game but Iceland did at least pick up a point by holding Lionel Messi’s Argentina to a 1-1 draw.

FIFA have claimed that the number of correct refereeing decisions increased thanks to video assistant referee (VAR) technology. Before the final kicked off on July 15, 99.32% of decisions were classed as valid according to the governing body. The group stage match between France and Australia saw the first ever World Cup penalty awarded as a result of VAR. The decision to give the spot kick still split opinion highlighting the subjective nature of the process, even when technology is involved. However, most observers felt the system was a success. 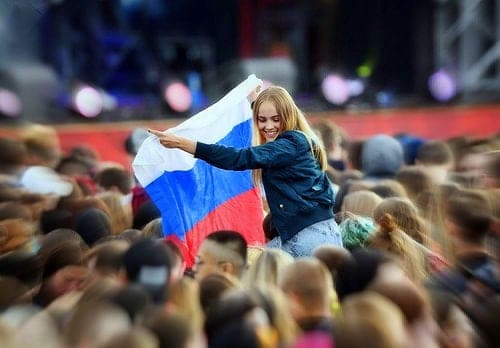 The best World Cup ever?

The debate about whether 2018 was the best World Cup ever will run on. For many, the best tournaments are often those which occur in their formative years. Those in their late 30s and early 40s talk fondly of Italia ’90, while the over-50s may class Spain 82 as the best ever. It depends on your age, the nation you follow and the players you admire. But there is no question that Russia 2018 captured the attention of many fans that would not normally obsess over football.