State of Origin: Daley not fazed by Maroons mind games

Laurie Daley says his NSW side are not going to fall for Queensland's claims of being underdogs for State of Origin game two. 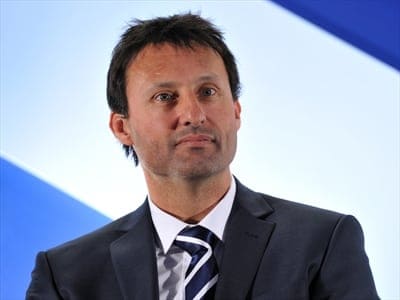 NSW coach Laurie Daley says his side won’t fall for any of Queensland’s mind games ahead of State of Origin two at ANZ Stadium on Wednesday.

The Maroons, who trail the Blues 1-0, are starring down the barrel of a first series defeat since 2005 with Cooper Cronk and Corey Parker ruled out through injury and Greg Inglis, Billy Slater and Daly Cherry-Evans battling fitness issues.

Slater was confirmed as a starter on Monday and Inglis is almost certain to play after recovering from an ankle injury.

But uncertainty surrounds the availability of Cherry-Evans who hasn’t trained all week following a knee injury.

The Manly playmaker was thrust into the halfback role midway through the first half of game one after Cronk broke his arm. He did not train in the role and struggled to make an immediate impression.

However, Daley said on Tuesday he fully expected Cherry-Evans to be named in the side ahead of Brisbane rookie Ben Hunt.

“He’s a pretty experienced player and everyone seems to think Daly is the best halfback in the game,” Daley said.

“He’ll be giving himself every chance and we expect him to line up and have no doubt in our minds that he’ll take the field.”

Traditionally Queensland have revelled in the underdogs role but Daley said after eight successive wins and with three potential immortals in their side it’s the Blues who should be viewed as the outsiders.

“We know that they are highly motivated to play well, they are downplaying everything and want us to think they are carrying all of these injuries,” he said.

“But it’s an Origin series and everyone will be ready to go.

“If we think after eight series losses that we can go into a game complacent or underestimating your opponent, then we’re not the team we want to be.”

“We went into game one as massive underdogs and have plenty of people patting us on the backs telling us how good we are.

“I’d be extremely disappointed if any of our players started to listen to their own publicity and got ahead of themselves because this is a mighty Queensland team.”