Shane Watson gave a superb allround performance as Australia crushed Ireland by seven wickets in their opening group match in the World Twenty20 on Wednesday night. 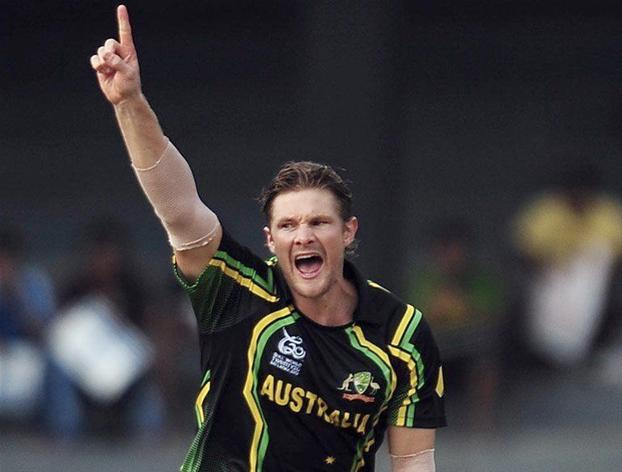 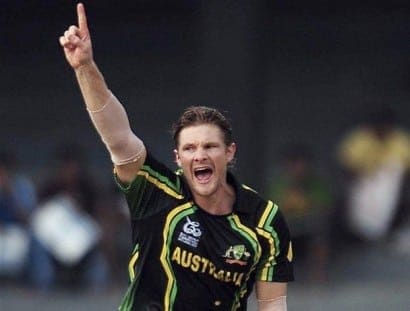 SHANE WATSON gave a superb allround performance as Australia crushed Ireland by seven wickets in their opening group match in the World Twenty20 on Wednesday night.

Chasing a target of 124 at Colombo’s Premadasa Stadium, Australia eased their way to 3-125 with 29 deliveries to spare.

Man-of-the-match Watson said George Bailey’s men were desperate to avoid becoming a cricket statistic on the list of victims for giant killers Ireland.

Minnows Ireland have claimed two massive scalps in one-day World Cups against Pakistan in 2007 and England in 2011 but Australia set the tone in their first-ever T20 clash with Ireland as Watson claimed Will Porterfield’s wicket with the first ball of the match.

Watson claimed 3-26 in Ireland’s 7-123, returning to take the crucial wickets of Niall O’Brien for 20 and Kevin O’Brien for 35 in the 15th over after the brothers had added 52 for the fifth wicket.

Ireland had fought their way out of a hole at 4-33 but Watson put Australia back in control of the game and proceeded to hit 51 off just 30 deliveries as Australia cruised to victory.

Fellow quick Mitchell Starc (2-20) formed a strong combination with Watson with the ball.

“We knew how important it was to really make a statement in this game,” Watson said.

“I know by bowling the first over it really starts with me, so I knew how important it was to be able to set the tone.

“It’s a bit of a blueprint of the intensity that we need to have as a team.”

Watson said it was a relief to get over the Irish, the game’s 10th-ranked side.

“We knew going into it exactly where we had to be mentally especially more than anything to know we were going to be at our best,” he said.

“We knew if we were really up for it, which we certainly were, that we were going to give ourselves the best chance of not having that tag of getting beaten by Ireland.”

Watson and David Warner shared an opening stand of 60 in 7.1 overs.

Watson was run out with the score on 91 and Mike Hussey (10) fell five balls later.

Cameron White finished unbeaten on 22 and Bailey made six not out.

Australia’s other Group B match is on Saturday against West Indies, also at Premadasa Stadium.