Scots put up their hands to host Aussies and Kiwis

Here's a cracking idea from the Scots, who'd love to get some cricket at the Grange in the next few months. SOUTHAMPTON, ENGLAND - MAY 27: Pat Cummins (L) and Mitchell Starc of Australia wait to take to the field of play during the ICC Cricket World Cup 2019 Warm Up match between Australia and Sri Lanka at Ageas Bowl on May 27, 2019 in Southampton, England. (Photo by Andy Kearns/Getty Images)

Scotland are keen to host New Zealand and Australia for some international cricket. But they want advice from the country’s boards and government before doing so.

The Scots and Kiwis are scheduled to contest a T20I and ODI in mid-June 2020. Australia and Scotland are due to play a T20I later that month. These haven’t been called off yet, but might be, as the cricket calendar continues to navigate the threat posed by the coronavirus pandemic.

“That’s all we can do at this stage. New Zealand aren’t going to Holland, and we’re just waiting to be guided by what their board says before we make any final decision.

“The whole Future Tours Programme is going to be disrupted, so we don’t know what that looks like. There’s been talk in the press of Australia coming over this way in September time, and New Zealand are supposed to go to Ireland as well. We’ve got to wait and see what comes out.”

The Indian Premier League has been suspended indefinitely due amid preventative measures against the spread of the virus. The Caribbean Premier League might go ahead without spectators. Cricket Scotland are contemplating this approach, too.

“We have a temporary set-up at The Grange. If we got the go-ahead to play internationals behind closed doors, it’s something we’d consider and something we would be able to do,” added Mackay.

“We do make money staging internationals, but if we had to play an international game behind closed doors it would definitely be feasible – the cost of temporary stands would be taken out of the equation.”

And what of the T20 World Cup?

The 2020 edition of the T20 World Cup, for which Scotland have qualified, is due to be played in Australia later this year. The International Cricket Council are working with Cricket Australia to make this happen.

If you are planning to watch the games on TV you can find the calendar of all the games and the scores on TVsportguide.com

“It’s important from an ICC point of view that they deliver their events schedule to broadcasters and sponsors. They’ll be doing everything in their power to make sure that it can take place,” concluded Mackay. 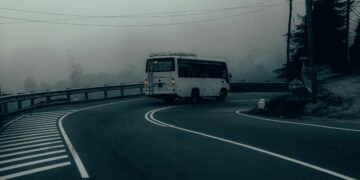