Fired Australian cricket coach Mickey Arthur has made explosive allegations that there is "major tension" between Captain Michael Clarke and all-rounder Shane Watson regarding the disciplinary issues plaguing the squad.

by Kiel Egging
in Sport 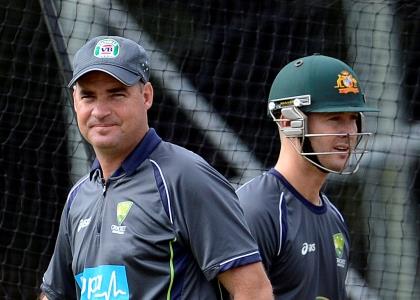 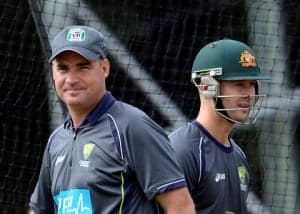 FORMER Australian cricket coach Mickey Arthur has unleashed wild allegations about the current state of the Test side, claiming Captain Michael Clarke and all-rounder Shane Watson are at loggerheads.

Explosive claims of “major tension” between the two players were detailed in court documents lodged in Melbourne by Arthur, which were exposed by Channel Seven on Tuesday night.

The documents form part of Arthur’s bid for up to $4 million in compensation or his job back from Cricket Australia, who sacked him just 16 days from the beginning of The Ashes test series.

According to the Courier Mail, Arthur told Channel Seven that Clarke embraced the need for discipline within the side, while Watson did not.

In the documents, Arthur claims Clarke described Watson as “a cancer” on the team, leaving him as the “meat in the sandwich” within the two players’ feud.

Warner was subsequently suspended for Australia’s lead-up games to the Ashes.

Furthermore, Arthur is claiming he was discriminated against for his South African background because he “didn’t understand the Australian way” during his tenure as coach.

He also believes he was not supported by CA after he and Clarke imposed a one-match ban against Watson and three other players for infamously failing to return a team survey during the tour of India in March.

“We’re disappointed that it’s come to this position,” he said. “CA is quite clear on its position on this matter and I’m sure it will get resolved in the appropriate fashion.”

Arthur was immediately replaced by then-assistant Darren Lehmann prior to the First Test at Trent Bridge, which England won by 14 runs last week.  The second Ashes test begins at Lords on Thursday.