Roy Krishna’s time with A-League is officially coming to an end after Wellington Phoenix have confirmed that the 31-year-old is leaving the club. It is rumoured that Krishna has agreed a deal South Korean team. Taking advantage of this change, you can get to know the aussie rules betting strategies and become a master at […] 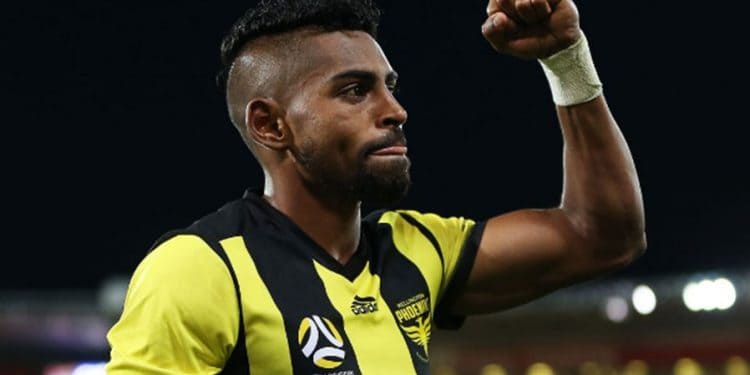 Roy Krishna’s time with A-League is officially coming to an end after Wellington Phoenix have confirmed that the 31-year-old is leaving the club. It is rumoured that Krishna has agreed a deal South Korean team. Taking advantage of this change, you can get to know the aussie rules betting strategies and become a master at this world.

After starting out his career in New Zealand with Waitakere United, Krishna became a household name in the A-League with his ability to find the back of the net with alarming consistency. Even now, his spell with Waitakere United remains his best ever to his return of 55 goals in just 75 games. A more competitive appearance in the A-League has resulted in Krishna’s goal tally dropping in the last few years but he is still one of the prolific strikers in the Australian division.

Following a short spell with Auckland City – where he made only four appearances, Krishna made the switch to Wellington Phoenix. The 31-year-old is best known for his time with the Australian outfit after making 122 appearances during his five years. Even though he came up with only 51 goals during this period, the last two seasons have been quite good for the striker.

Krishna was named as the Players’ Player of the Year in the 2016-17 campaign aside from picking up the Golden Boot title. He has now been able to get the Player of the Year title following a stunning return of 18 goals in just 26 matches, you can see other information about Roy Krishna at transfermarkt.com. Speaking after his exit, Krishna said: “After much thought and consideration and consultation with my family back in Fiji, we have decided to move on from the A-League to secure a future outside of the league.

“We have negotiated a contract and we are currently working out the finer details. We will be announcing the club name when we are back from our belated honeymoon towards the end of June.”

The departure of Krishna is a huge disappointment for Wellington, but the club can look forward to building towards a new future. Wellington were able to enjoy a relatively successful 2018-19 campaign after finishing in the playoffs. The sixth-place finish achieved last season is the best tally from Wellington in the last four seasons. Losing a striker who has been able to win the Golden Boot twice in the last three seasons is a major blow.

Ufuk Talay is already having to go through the process of replacing a string of high profile players who have left the club on the back of Mark Rudan’s departure from the club. The 43-year-old has been able to bring about a sizeable difference in Wellington’s fortunes with the team now enjoying of the highest finishes in recent years. Some of the high profile departures from the club are Kostas Barbarouses. Wellington have finished in the top six of the table only twice in the last seven seasons.

The play-off dream for Wellington Phoenix came to an end after a disappointing 3-1 loss against Melbourne Victory, who finished just two points shy of the top two places. Wellington could have faced a different proposition if not for an inferior goal difference to Melbourne City.