Richmond football club have cautioned forward Jake King after it emerged that he brought a member of the Bandidos bikie club into the MCG dressing rooms. 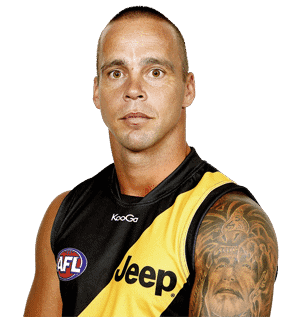 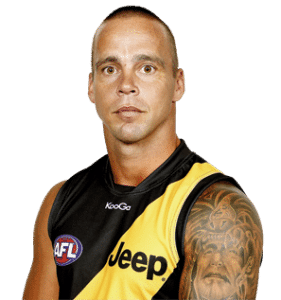 VICTORIAN police have warned AFL clubs about players associating with bikie gang members after allegations that a Richmond player invited a member of the Bandidos into the club’s dressing room.

Richmond officials said that they were forced to tell forward Jake King to end his association with Bandidos member Toby Mitchell after Mr King brought Mr Mitchell into the MCG’s dressing rooms during a round twenty match. The club claim that they only became aware of the incident after it occurred, and took action to ensure that it did not happen again.

A Richmond spokesman said: “Jake has been counselled specifically on that issue and our playing group are counselled more broadly about off-field issues, as would be the case at all clubs.”

Mr King was reportedly cautioned about his association with Mr Mitchell, while other players were warned about similar relationships with members of outlaw motorcycle gangs. Mr Mitchell suffered arm injuries earlier this year after more than thirty shots were fired into the Bandidos clubhouse in Melton.

AFL chief Andrew Demetriou said that the incident posed concerns about the relationship between professional footballers and members of bikie gangs, particularly in the wake of the Australian Crime Commissions investigations into the use of drugs in sport. The commission’s report suggested that players associating with organised criminal identities may have led to match fixing and manipulation of betting markets.

Mr Demetriou told ABC Radio: “We’ve made it very clear in all our sessions with the clubs post the ACC announcement… that if you put yourself in that position you are vulnerable. And why would you do that? There’s an association, and it doesn’t start just in the change rooms.”

Victoria Police Commissioner Ken Lay would not comment on the association between Mr Mitchell and Mr King, however he warned professional football clubs from cultivating relationships with bikie gang members.

Mr Lay said: “I don’t think any football club or any organisation would like to be seen to be associated with outlaw motorcycle clubs. I’m not going to make any comments about particular individuals but let me say this, that if people of that ilk that are seen to associate with either sporting clubs or businesses, it can’t do them any good.”

Mr King’s association with Mr Mitchell is not the first time that a professional AFL player has found themselves in hot water over their relationship with a bike gang member. Collingwood player Alan Didak was forced to answer questions regarding his association with Hells Angels member Christopher Hudson after it emerged that he was partying with the killer only days before his 2007 murder of lawyer Brendan Keilar.

Indigenous Team of the Century inductee Jimmy Krakouer was convicted of smuggling over 5kg of amphetamines in 1995, serving nine years for his part in the drug trafficking operation. His fellow North Melbourne player Wayne Carey also courted controversy after writing a character reference for notorious Melbourne underworld figure Jason Moran when he was facing assault charges in 2000.