Pumas confident of first win in Australia since 1983

Argentina have the confidence to keep on attacking as they bid for a first win on Australian soil in 33 years. 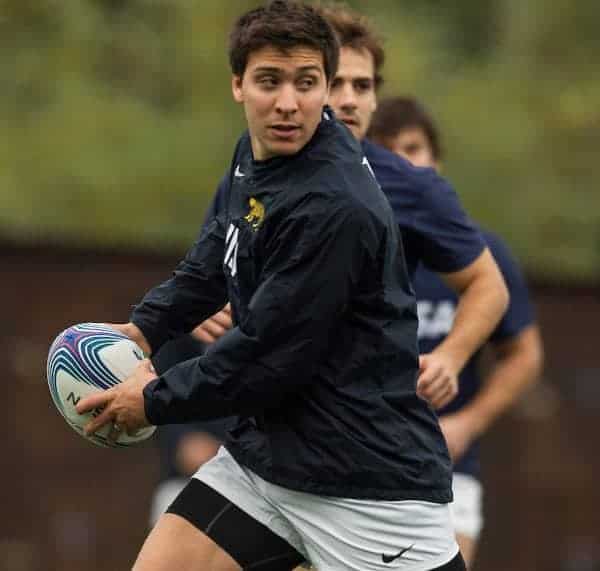 The Pumas – who take on Australia at Twickenham on October 8 – have impressed in the opening rounds of The Rugby Championship enough to suggest they can emulate the 1983 side that won 18-3 in Brisbane.
They beat South Africa 26-24 in Salta and were superb in the opening 50 minutes before folding in the second half to go down 57-22 against New Zealand last weekend.
They go to Perth intent on tightening up their defence, putting pressure on Australia’s playmakers and staying true to their attacking principles, according to Lucas Gonzalez Amorosino.
The former Cardiff Blues, Leicester Tigers and Munster wing is one of four changes to the side with Tomas Cubelli starting at scrum half, Santiago Gomez Iglesias in midfield and Juan Manuel Leguizamon returning in the back row.
“We’ve done well in attack and defence but maybe last weekend was not so good in the second half – the most important thing is to learn that lesson,” said Amorosino.
“Against New Zealand for the first 50 minutes we played some very good rugby but after that we didn’t score again. In the Rugby Championship we’ve made lots line breaks and we need to keep on doing that.
“After the first 50 minutes we didn’t have a good game dealing with kick receptions and against the New Zealand scrum we conceded two tries. The key is in improving our defence and we are conscious that if we want to play with spirit and play attacking rugby we need more of the ball to put teams under pressure.
“The freedom we have comes from the coaches and they make it easy for us to play with confidence.They make it easy because we have a good structure and a good plan. If different players come in, whether they’re quick or can ‘slalom’, they all have that freedom to play and try things.”
Australia registered a first win of the tournament against South Africa last weekend but the Pumas will attempt to close down playmakers Quade Cooper and Bernard Foley this Saturday.
“Both teams try to play a similar fast running style and I hope that’s how the game will be played,” added Amorosino.
“But we need to put good defensive pressure on Cooper and Foley. If there’s no pressure on them they’re both very dangerous. We also need to control their forwards.”
Australia have recalled lock Rob Simmons – he replaces Kane Douglas – in the only change to the side that beat South Africa 23-17 and are aware of how dangerous the fast-improving Pumas will be.
“They’re good around the field, their offload play’s brilliant and they’re just a different outfit,” said flanker Michael Hooper.
For Argentina v Australia at Twickenham on October 8 there are a limited number of £20 tickets for both adults and kids (U16). Additional tickets from £45 adults, £25 kids & family packages. Visit www.ticketmaster.co.uk (Booking fees apply & tickets are subject to availability)