Members of the Australian women's basketball team weren't planning on marching at the opening ceremony of the London Olympics, but all that changed when Opals captain Lauren Jackson was named flag bearer. 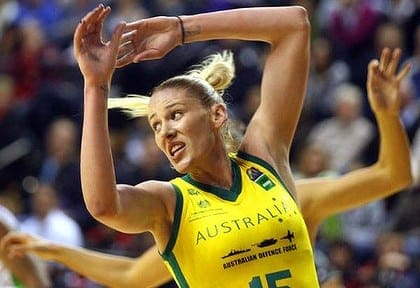 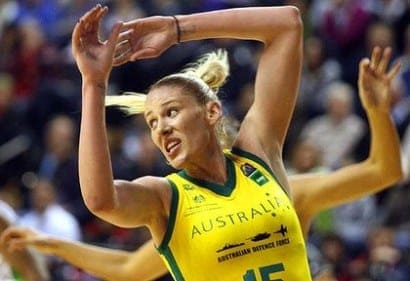 MEMBERS of the Australian women’s basketball team weren’t planning on marching at the opening ceremony of the London Olympics, but all that changed when Opals captain Lauren Jackson was named flag bearer.

Jackson on Thursday was confirmed as the first Australian woman to carry the flag at a Summer Olympics in two decades.

“Most of the girls weren’t going to march, just because we played the next day,” Jackson told reporters at a media conference in London.

“I think most of them have changed their mind now. It’s an honour for the team as well.”

The Opals’ face Great Britain in their first game of the Olympics at 10.15pm BST on Saturday but Jackson said the late night should not impact their final preparations.

“We’ve got a pretty long wait until we play, so I think there’ll be a little napping and a lot of focusing, getting ready to play,” the 31-year-old said.

“I think that the emotional impact is going to be huge, it’ll be a positive for the team.

“We’ve talked about it and we feel very good about tonight and how its going to impact our games.”

Jackson was a key member of the Opals squads which have finished second at the last three Olympics and are desperate to finally topple the United States in London.

The opening ceremony, billed as a spine-tingling celebration of British culture, kicks off at 9pm on Friday, drawing to a close three hours later following an extravaganza of farm animals, fireworks and special guests.

The Australian team must leave the village at 9pm BST but won’t enter the stadium until 10.30pm for the Parade of Athletes. It will be after 11pm before any of the Opals have the option of leaving.

“Probably most of them might take the early exit I’d imagine, which is absolutely fine,” Jackson said.

“I’m just going to feel honoured to be leading the team out there, I feel very proud.”

Speculation the WNBA superstar would be named flag bearer reached fever pitch in the lead up to the official announcement, with a betting plunge leaving Australian Olympic Committee (AOC) disappointed.

However, AOC chef de mission Nick Green said there were very few people who knew of his decision beforehand.

“Maybe there’s an assumption that it might have leaked through social media. We have a very strict policy on betting within the team,” he told reporters on Friday.

When asked if he could have handled things more discretely, Green said: “No. The people who knew, you could count them on a couple of fingers.”

Jackson said she had been overwhelmed by the support she had received from Australia and US since the announcement.

Her parents arrived in London on Friday morning (BST) and were to be guests of Qantas for their daughter’s moment in the spotlight at the opening.

But while Jackson was on a high, Australian equestrian rider Megan Jones was rock bottom after being forced to withdraw from the London Games when her horse Allofasudden suffered a foot injury.

Three-day event rider Jones had only been living the Olympic dream for three days, having herself replaced Shane Rose, whose horse Taurus pulled up sore.

Second reserve Sam Griffiths has now been confirmed for his Olympic debut in Jones’ place. – AAP