As a quartet of surf lifesavers resuscitated Australia's Olympic reputation with a much needed gold medal, the men's hockey team's campaign again ran out of breath in the semi-finals. 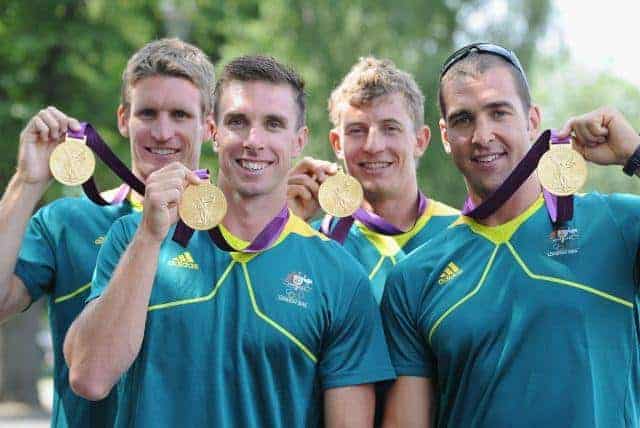 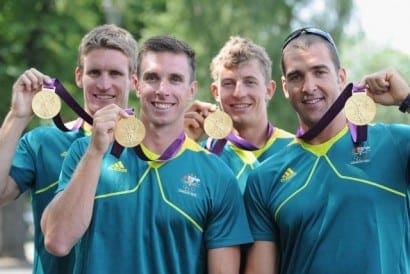 AS a quartet of surf lifesavers resuscitated Australia’s Olympic reputation with a much needed gold medal, the men’s hockey team’s campaign again ran out of breath in the semi-finals.

The world championship silver medallists went into the final as the fastest qualifiers and kept up the pace in the final, leading from start to finish for an emphatic win over defending champions Hungary.

They headed a complete set of medals for Australia on Thursday, with 16-year-old diver Brittany Broben taking silver in the 10m platform and the women’s water polo team claiming bronze.

The kayakers’ gold pushed Australia into the relative respectability of the top 10 on the London medals table, moving ahead of Kazakhstan in 10th place with six gold, 13 silver and 10 bronze.

But the anticipated hockey gold medal has gone begging, with the Kookaburras stumbling in an Olympic semi-final for the second time in a row despite going in as clear favourites, relinquishing a 2-1 lead early in the second half to lose 4-2 to Germany.

And Australia’s women basketballers will also have to settle for bronze at best after blowing a gutsy half-time lead to lose their semi-final 86-73 to the powerhouse United States.

They may sound like an accounting firm, but Smith, Smith, Stewart and Clear are anything but.

Like so many Australian kayaking champions before them, including Olympic gold medallists Clint Robinson and Ken Wallace, the quartet learnt to paddle on surf skis at Sydney and Queensland surf lifesaving clubs.

The gold was a sweet reward for the unrelated Smiths who both paddled in the K4 1000 boat which crashed out and failed to make the final in the 2008 Beijing Games.

“The last 300 where we kicked, none of the crews came through so we knew had the gold and all we had to do was hold on,” David Smith said.

“Once we had 100 to go all of us started tightening up, started losing our rhythm but we just had enough boat speed to get through to the line and win gold.”

What made the feat even more incredible was that Smith battled glandular fever earlier in the year – with his crew carrying him across the line in their Australian qualifications – and Stewart, who races again today, shrugging off bronchitis to earn their gold.

The youngest member of Australia’s Olympic team, Broben produced a brilliant final dive to emerge from a log-jam of divers and claim the nation’s first diving medal of these Games, behind China’s Chen Ruolin.

“It feels like a dream but I never want to wake up from it,” Broben said.

“It’s just so exciting. It’s unbelievable it’s the best thing that’s ever happened to me.”

Hopes for another gold on Thursday were put on hold for at least 24 hours when sailors Malcolm Page and Mat Belcher’s 470 class medal race was postponed due to light winds in Weymouth.

Page and Belcher are in a fight with British pair Luke Patience and Stuart Bithell for the gold medal, but Thursday’s final has been rescheduled for Friday.

At the athletics, Australia missed out on a spot in the men’s 4x400m relay final after finishing sixth in their heat on Thursday. – AAP