Last week across London there were a number of Try Tag Rugby early summer season finals taking place at the various competitions, with many new champions crowned. 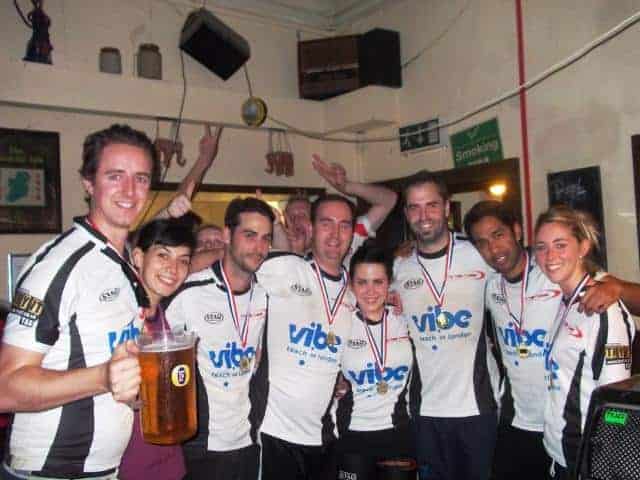 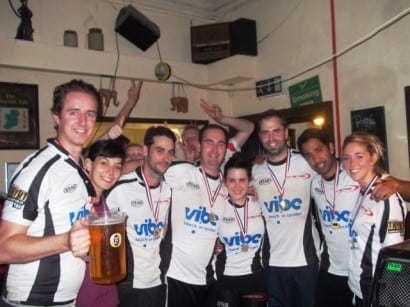 LAST WEEK across London there were a number of Try Tag Rugby early summer season finals taking place at the various competitions, with many new champions crowned.

The Tuesday finals were held at Balham, East London and Shoreditch. The Balham finals saw Hashtag defeat Frosties to claim their first mixed A grade title. Tag Me Maybe were too good for The Poice’s in the men’s final and Jarrod’s dating dino’s beat God Loves a Tagger in a nail biter in the intermediate final. The Sexy Rides went through the beginner grade undefeated to claim their first title.

Over at East London East London RFC B were too strong for their club rivals, East London RFC A and claimed their first title. At Shoreditch Hackney RFC (intermediate grade), The Cereal Killers (beginner grade) and Patrick Quigley (men’s) all claimed titles.

On Wednesday, there were finals at four venues – Finsbury Park, Fulham, Shoreditch and Southfields. At Finsbury Park, Tagaholics Anonymous went into their sixth mixed A grade final having lost all five previously. This time it was their night, defeating Tactical 435 to claim their maiden title. Tagpuss won the men’s title with The Bloody Icons winning the intermediate title.

Across at Fulham there were also two new first time champions, being TAGata Whenua in the mixed A grade and Man Chest Hair United in the intermediate grade.

At Shoreditch Tokyo Drift went through the league undefeated to claim their first title, whilst at Southfields Thunder Tags were too strong for Ring of Taggers winning 8-5 to also claim their maiden title.

All teams that make an A grade final across London will be invited to take part at the 2013 London Tag Rugby Championships in the champion’s league to see who will be crowned the best tag rugby team in London. Teams which don’t make an A grade final can still enter this prestigious event in the men’s or social divisions. The 2013 London Tag Rugby Championships will be held on Saturday 17 August at the East London Rugby club in West Ham.