Australia captain Michael Clarke says his poor performances last summer against England have helped inspire him to his stunning run-scoring efforts against India. 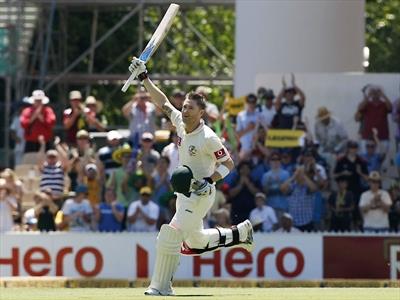 AUSTRALIA captain Michael Clarke says his poor performances last summer against England have helped inspire him to his stunning run-scoring efforts against India.

The home side claimed a 298-run win on day five of the fourth Test at Adelaide Oval on Saturday to complete a four-nil series sweep.

Another Test-series victory in the West Indies in April will lift Australia to third spot on the ICC rankings, trailing only England and South Africa.

India have slipped from second to third after being humiliated Down Under.

Clarke says he’s in career-best form after hitting 626 runs at at 125.20 against India including a triple hundred and a double ton to win the player-of-the-series award.

“The disappointment of last summer has inspired a few of us. There’s been a bit of fire in the belly,” Clarke said of Australia’s 2010/11 Ashes defeat.

Clarke’s Australian one-day side will host Sri Lanka and world champions India for a triangular series starting with the Australia-India clash at the MCG on 5 February.

However Clarke can look forward to a break of a few days as new Twenty20 skipper George Bailey leads the home side in two Twenty20 Internationals against India at Sydney’s ANZ Stadium on Wednesday and at the MCG on Friday.

Clarke has retired from T20 Internationals.

Bailey’s side, including crowd favourite and big-hitting opener David Warner, will assemble at their team hotel in Sydney on Sunday.

They’ll train at the SCG on Monday and at ANZ Stadium on Tuesday.  – AAP