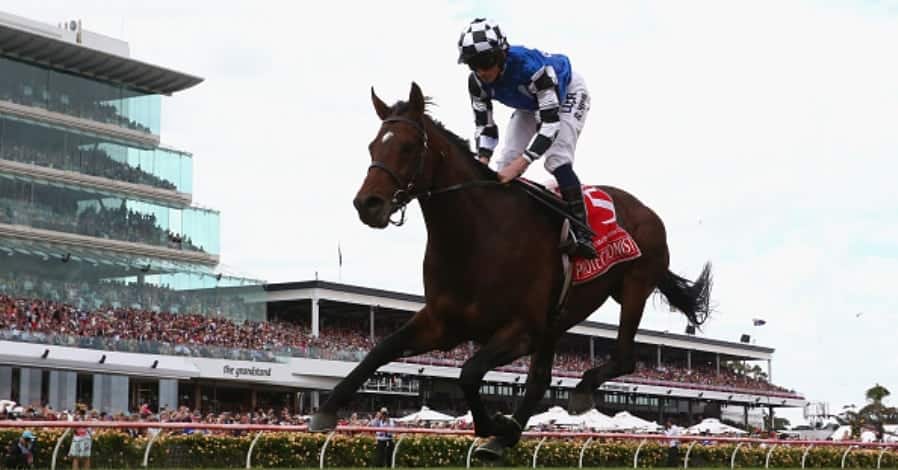 The 2014 Melbourne Cup has been won by German horse, Protectionist.

Ridden by British jockey Ryan Moore, Protectionist took out the 3,200m race to Red Cadeaux which came in second place while Who Shot The Barman ran home third.

Bookies’ favourite, the Japanese owned stayer Admire Rakti, ridden by Hong Kong based Australian jockey Zac Purton and which won last month’s Caulfield Cup in impressive fashion, finished a dismal last. There were very serious concerns about the health of the horse after the race.

Protectionist, winner of the 2014 Cox Plate, was backed by punters at 8/1 with the bookies.

In the face of gale force winds, 22 horses started the 2014 Flemington ‘race that stops a nation’, the 154th running of the Melbourne Cup. 10 of this year’s runners were from overseas.

The owners of the 2014 Melbourne Cup winner collected prize money of AUD$3.6million with total prize money paid out across the field down to 10th place topping AUD$6.2million. It is the world’s richest handicap horse race.

UPDATE: Admire Rakti was pronounced dead soon after the race.