The UK summer of 2013 will be a great one for Aussie cricket lovers here in the UK, with the Ashes being played at venues around England. To fulfill that dream of seeing the Ashes at Lord's though, you need to enter the public ballot. 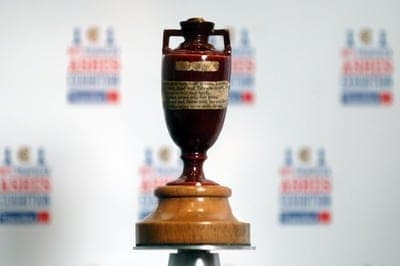 IT has been almost two years since the 2010/11 Ashes series was held in Australia, with England retaining cricket’s ultimate prize by winning the series on Australian soil for the  first time in 24 years. Almost (thankfully) a distant memory.

Now it’s time for Australia’s new generation of cricket stars to become heroes and claim that little brown urn back.

For the five Test 2013 Ashes series we return to the historic English venues.  The Second Test is set to be held at Lord’s Cricket Ground on 18 — 22 July 2013 and it’s this encounter at ‘the home of cricket’ that top’s every Aussie leather-on-willow lover’s lifetime ‘must-do’ list.

Unlike in Australia, due to the smaller capacity of English cricket grounds, Test matches – and particularly the Ashes – sell out well in advance. If you want to fulfill your Lord’s Ashes dream, you must get in early.

Tickets for all major Lord’s 2013 Summer of Cricket games, including the 2nd Investec Ashes 2013 Test Match, will be allocated by way of public ballot.

All applications made between the opening and closing dates of the ballot will be treated equally.

Let the battle for the Ashes commence. Good luck.