The London Rugby League Grand Finals 2013 is on this Saturday 17 August in Chiswick, providing all that live rugby league action you miss from home. 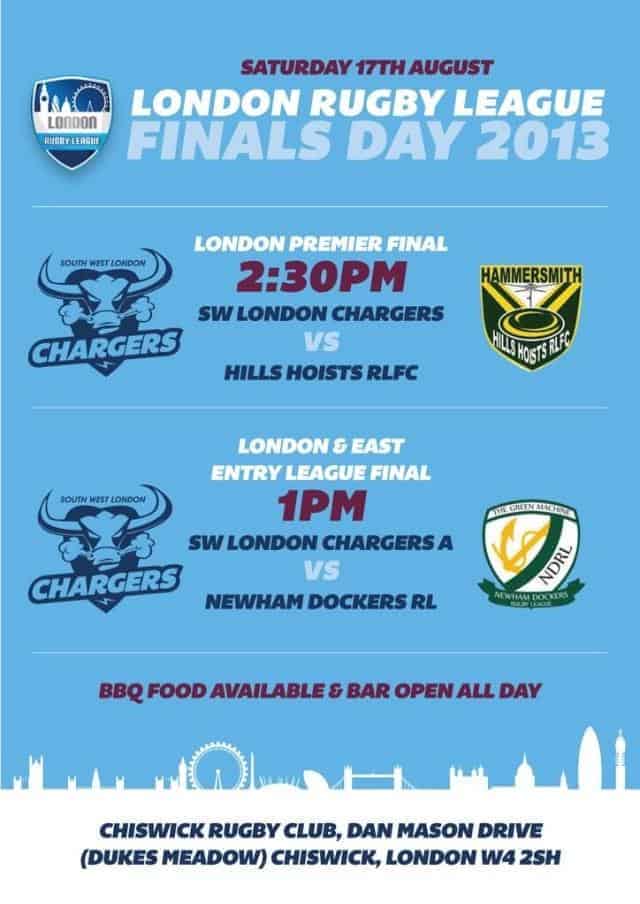 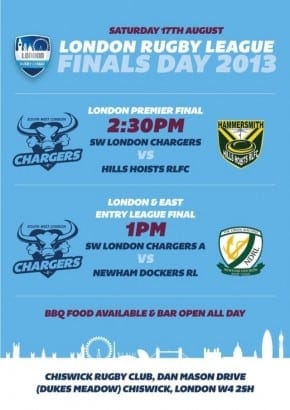 FOOTY, league, rugby league; whatever you want to call it, it is a big part of life back home that Aussies in London sometimes miss.

You only need to see the massive mid-week turnout at 10.30am in the morning in various Australian bars across the capital to watch State of Origin to know the appetite for rugby league in London is huge.

Combined with the number of Aussies who seek out amateur rugby league teams in London to keep playing whilst they are overseas, and you’ve got a whole community of Australians in London looking for their next footy fix.

If this sounds like you, then the London Rugby League Grand Finals this Saturday 17 August will provide that live footy action you miss from home. With final matches being held for both the London Premier comp and the London Entry League comp, the Grand Finals will see London and the south-east’s top amateur teams competing to see who will be the major premiers in their respective comps

Each of the teams represented in the finals are a mix of different nationalities with Aussies, Kiwi’s, Tongan’s, Samoan’s, South African’s, Northerners and native Londoners all represented.

At 1pm in the London Entry League final the South West London Chargers ‘A’ take on east London’s Newham Dockers.

At 2.30pm the London and south-east Premier final takes place, with the South West London Chargers taking on the reigning champions and minor premiers, the Hammersmith Hill Hoists.

If you need any further information please email [email protected].