Catch some top footy for a top cause at the big Wandsworth Demons versus West London Wildcats clash, raising money for Motor Neurone Disease.

With the third annual Big Freeze at the G in Melbourne taking place this coming Monday, AFL London team the Wandsworth Demons will be mirroring it with their own Freeze the C (C is for Clapham, you see) Motor Neurone Disease fundraiser during their fixture this Saturday against arch rivals the West London Wildcats.

The two sides’ Round 1 encounter was a typically thrilling contest between the two foundation clubs and this Saturday’s clash will be no different.

Fundraising on course to set a record

The match on Clapham Common will host a variety of fundraisers, such as a bake sale and a silent auction, as well as having Cure for MND merchandise available to purchase. 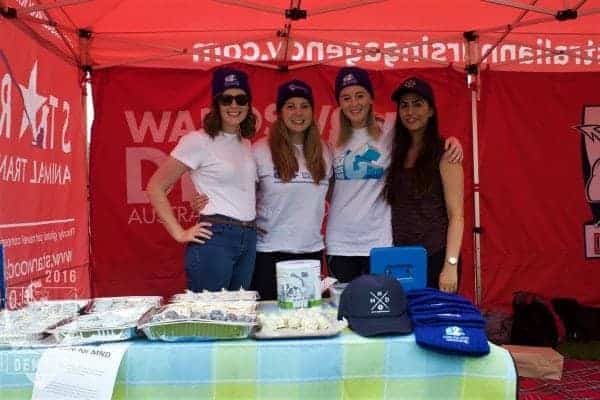 All proceeds from the Demon’s fundraiser will be donated to the Cure for MND Foundation which aims to cure MND as well as raise awareness about and support sufferers of Motor Neurone Disease.

With close to £1000 already raised, they’ll are hoping to exceed the funds raised in 2016.

Motor Neurone Disease (MND) compromises the nerve cells within the body and impacts the use of muscles that control movement, speech, and functions including swallowing and breathing. The muscles waste away due to lack of use and the sufferer eventually passes away.

President of the Wandsworth Demons, Jimmy Perrett, was again quick to jump on board in support of this great fundraiser. Perrett, like too many others, has a personal connection to MND, with his Nan sadly passing away when he was just five years old.

“Motor Neurone Disease was as big a mystery then as it is today,” he said.

“I never fully understood what had happened to my Nan while I was growing up and it’s only in the last few years I’ve learned more about the disease and what it’s capable of.

“A perfectly functioning mind trapped in a body that simply stops functioning is painful to watch, even to a five year old.

“If I can do my part to find that cure, then so many people will be able to have a lifetime of memories shared and grow old the way my Nan deserved to.” 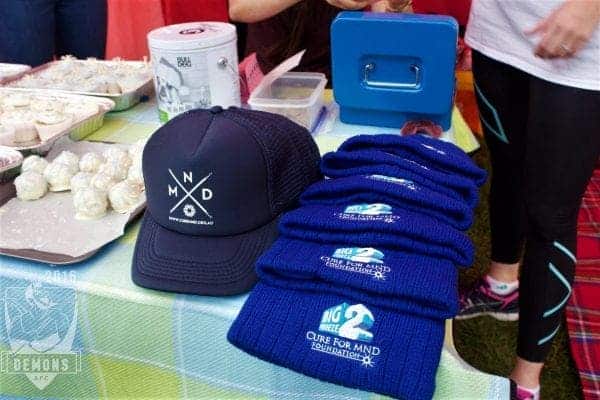 With the disease affecting several friends and family members of people at the club and the greater AFL London community, the Demons are keen to be involved and raise as much money as possible to support the Cure for MND Foundation in finding a fix for the terrible disease.

Ice cold celebs at the MCG

This year’s Freeze the G takes place at the Melbourne Cricket Ground on the Queen’s Birthday Holiday and will see some of Australia’s biggest sports stars sliding into a freezing pool of ice prior to the Melbourne Demons’ match against the Collingwood Magpies.

Some of this year’s celebrities being ‘frozen’ include Lleyton Hewitt, Steve Hooker, Alisa Camplin, Sharelle McMahon, and Andrew Gaze.

FightMND Patron, Neale Daniher, who initiated the Big Freeze three years ago, will be leading a Walk to the G event in Melbourne’s Federation Square. All AFL followers and MND supporters are invited to join Neale, and a variety of special guest speakers, in Federation Square as part of the fundraising efforts.

Since being diagnosed with MND in 2013, Daniher has begun to show the physical signs of this terrible disease, such as muscle deterioration and difficulty speaking, but continues to help support and host the event and has contributed massively to the success of FightMND – the charity supported by the Big Freeze each year.

Join us In London

If you are in London on Saturday, get on down to the game on Clapham Common to support the Cure for MND Foundation and enjoy the amazing atmosphere of AFL London footy while you’re at it!