Australian Rugby Union boss John O'Neill is floating the idea of either an ANZAC or SANZAR composite side playing the British and Irish Lions in 2015. 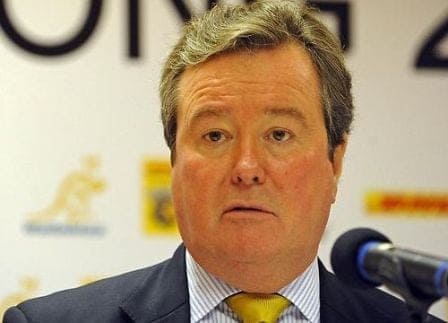 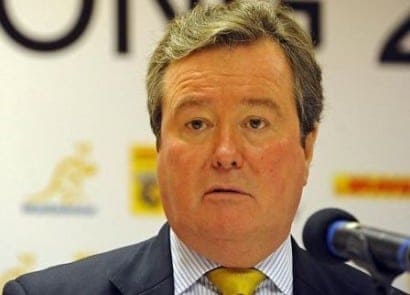 AUSTRALIAN RUGBY UNION boss John O’Neill is floating the idea of either an ANZAC or SANZAR composite side playing the British and Irish Lions in 2015.

An ANZAC team played once before, losing to the Lions on their 1989 tour of Australia, though there were very few New Zealanders in that side.

The Lions, who visit Australia next year, are traditionally a touring side that don’t play at home.

O’Neill is looking at ways to commemorate the centenary of the Gallipoli conflict in 2015.

With no Tests planned after the 2015 World Cup in England winds up at the end of October, O’Neill suggested that either an ANZAC or SANZAR team could face a Lions combination in London in November.

O’Neill stressed it was speculation on his part rather than a firm proposal, with no formal talks conducted yet with New Zealand on the subject.

“With the Gallipoli centenary coming up, an ANZAC team – a combined All Black-Wallaby team – playing the British Lions (is an option). Not necessarily in Turkey, maybe Twickenham, that would be a nice contest.”

“We’ve often speculated whether we should try and emulate what the Lions do and maybe have a combined SANZAR team and bring South Africa into it.

“The concept of a combined SANZAR team or a combined ANZAC team is something that gets bounced around every now and then.

“It often ends up in the too-hard basket but it’s conceptually got some appeal.

Meanwhile, O’Neill estimated the 2013 Lions tour could be worth somewhere between $A300-400 million to the Australian economy.

O’Neill didn’t expect the difficult economic conditions in Europe would have a negative impact on the number of Lions supporters travelling to Australia.

“A waiting list of 26,000 people have registered interest in buying travel packages is a pretty good indication that they are fairly impervious,” O’Neill said.

The Lions schedule includes three Tests, matches against all five Australian Super teams and one against a combined NSW-Queensland country side.

He said the availability of Wallabies players for their Super teams matches against the Lions was a delicate subject with a policy still to be determined.

“I think for the earlier games you would like the Super Rugby teams to be at full strength,” O’Neill said.

“The closer you get to the Test matches you may have to look at standing down some Wallabies.” – AAP

Do you think O’Neill’s ANZAC side is a good idea to commemorate the Gallipoli centenary? Tell us below: