Australian cricket captain Michael Clark has been ruled out of the ODI tour to India due to injury, raising doubts about whether the batsman will compete in the Ashes series this November.

by Thomas Jones
in Sport 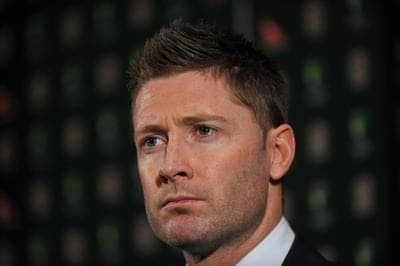 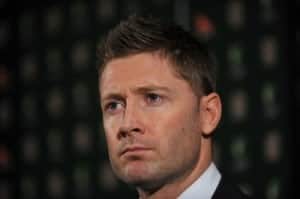 MICHAEL Clark may be a doubt for the return Ashes series against England, after he pulled out of the One Day International (ODI) tour to India with injury.

The Australian cricket captain has a longstanding lower back injury, which flared up again during the recent England ODI series.

Despite regular treatment the slow improvement has seen Clark ruled out of the seven-game ODI series in India. He will undergo more extensive rehabilitation period before returning to competitive cricket.

Cricket Australia is yet to name an expected return date for Australia’s best batsman.

Support staff are confident Clark will be fit for the first test against England in Brisbane on 21 November.

The decision to rule Clark out of the India ODI series has not come as a surprise.

Selectors would have been reluctant to take any risks with the skipper, particularly with the return Ashes series starting in November.

The enforced rest for Clarke is reminiscent of his absence from the winter’s Champions Trophy, which preceded the Ashes series in July and August. England defeated Australia in the five-test series 3-0.

28-year-old Ferguson has a strong ODI record but his career was interrupted by a serious knee injury in 2009.

George Bailey will captain the one-day team in Clarke’s absence, while audacious NSW batsman Nic Maddinson, who impressed coach Darren Lehmann during recent Australia A tours of Britain and southern Africa, has been added to the squad for a T20 international against India.