It is time to put aside some of the negative stories involving gay rights and poor planning and look at the positive facts and stories that have emerged from Sochi 2014, even though we have had a good laugh at the ideas that Russia chose a host city so warm that they have to import snow machines from Finland and that they somehow thought two toilets in one cubicle were fine.

by Shanaka Thanapathy
in Sport 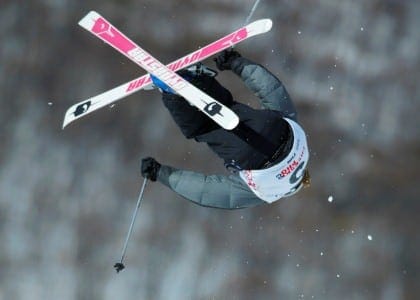 The Jamaican bobsled team is able to compete thanks to charitable fans.

When the Jamaican bobsled team qualified for Sochi they were immediately met with a problem — they could not afford to travel there. Unwilling to see the team miss out, the public stepped in to raise well over the required $80,000 for them thanks to an official Indiegogo campaign and other crowdfunding attempts through sites like Reddit. Meanwhile, the US team was given the honour of an expensive, state-of-the-art, carbon fibre sled by BMW.

One of this year’s snowboarders is a real million-dollar superstar.

On the subject of wealth and Americans that are well kitted out, some spectators who know little about the sport may be surprised at the wealth and status of US snowboarder Shaun White. White was estimated to have a net worth of $20 million prior to the last winter games in Vancouver and he remains the superstar of the sport in Sochi, with millions more coming his way in sponsorship deals.

There will finally be girls in the ski jump.

On the subject of equality, of sorts, within the Winter Olympics, women can now proudly watch as the first girls vie for a medal in the ski jump. The sport has been a long standing tradition for men since its inclusion in 1924, but it was not until 2011 that the IOC decided to let women have a go, undoubtedly influenced by the unsuccessful lawsuit from American competitor Lindsey Van. As of 2014, she will only be able to compete on the ‘normal’ hill, but it is definite progress.

Female skiers are responsible for plenty of interesting facts about Winter Olympic games — another being a classical music superstar.

There will always be those special, famous names to watch out for in any sport but 35-year-old violin player and former child prodigy Vanessa Mae is one that many may not expect to hear. Although British by nationality, Mae, who will compete under the name Vanessa Vanakorn, has qualified to take part in slalom events for her father’s native Thailand, becoming only their second Olympic skier.

Finally, there is a Paralympic skier with loyalties to two nations.

Competing in the Paralympics for your country is an emotional honour for any athlete but for the USA’s Tatyana McFadden, her time on the slope at Sochi will be even more special. Already the winter of 10 Paralympic medals, the Russian-born athlete, who was adopted by an American family, is trying her hand at cross-country skiing, and will be competing for the first time in front of her birth mother.

All roads are leading to Sochi, Russia for this year’s Winter Olympic Games which commences on February 7 and concludes on February 23. However, the Winter Olympics have very interesting and rich history that makes it worthwhile to take a look back with this wonderful infographic.

If you intend to fly to Sochi to catch the acting first hand then you can carry with you the KNCTR on your laptop and make free calls to family and friends back at home in Canada and the US. Alternatively, if you intend to watch the games from home, the KNCTR’s Sports Channel will give your real time reactions from XXII (22nd) Winter Olympic Games from Sochi. You can find more about KNCTR on Social Media: Facebook KNCTR, Twitter KNCTR, Google+ KNCTR.