Round 1 of the 2016 AFL London Season saw the West London Wildcats host their fierce rivals the Wandsworth Demons at home in Dukes Meadow.

With round one coinciding with the AFL Europe Anzac Cup in France, a handful of AFL London players were absent, representing Australia in Villers-Bretonneux. 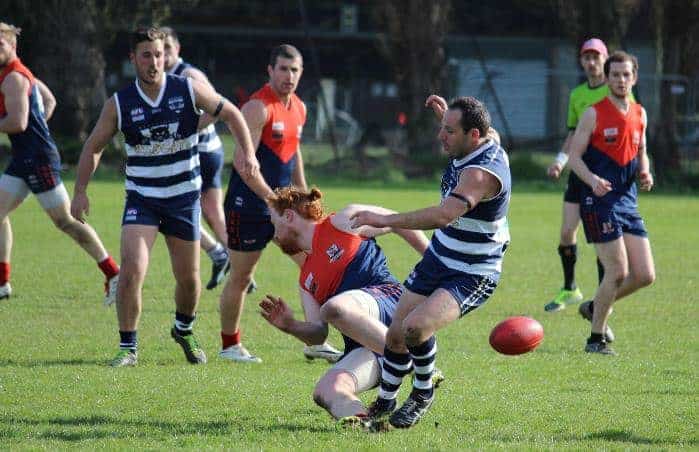 Despite missing a few players the Demons were off from the bounce, being on top in the midfield and making the most of the clean possessions going forward to Geoffrey Rouse.

The first half had the Wildcats on the back foot, with the ball being repelled by Lloyd Williams and Max Renfrey out of the backline but the Cats struggled to get the ball past half forward. The ferocity was just as intense heading into the second half with a few big hits having the crowd excited and on their feet. A lot of back-to-forward passages from both sides lead to only a few goals being scored.

With not much in it going into the fourth, Wandsworth dug deep and put the game beyond doubt. Demon, Kevin O’Brien made his mark on the match by slotting four of the 11 goals.

Some good, solid football saw the game eventually run out 17 points in favour of the Demons, presenting themselves as the benchmark side early in 2016.