Do I feel more Aussie since leaving Australia? – A Pom’s view

Being a Pom, you might think it a bit strange that I should be feeling more or less Australian since relocating to Switzerland from Sydney 18 months ago. 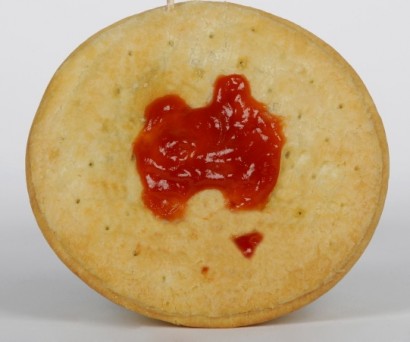 By Charlie Inglefield
BEING a Pom, you might think it a bit strange that I should be feeling more or less Australian since relocating to Switzerland from Sydney 18 months ago.

But bear with me for a few moments. I spent four wonderful years in Sydney and do, in certain aspects, feel more Australian since making the move back to Europe. Over the course of those four years, I changed my allegiance from being an ardent English rugby union fan to being an NRL devotee courtesy of the Sydney Roosters.

I picked up certain Aussie phrases which are as strong as ever and which I continue to use (without knowing it) to the utter bemusement of my Swiss brethren. ‘You are such a sook’ and ‘feral’ come to mind – try explaining those to the ever neutral Swiss citizen.

I still believe Vegemite to be one of the finest culinary inventions of the last 100 years and will happily pay the equivalent of a small African country’s GDP to purchase a tub when presented with the opportunity.

I accompanied an Aussie mate of mine to a sports bar in central Geneva this year to celebrate Australia Day. Sadly it was a muted affair and admiring the girls behind the bar sporting bikinis (despite the temperature outside being well below freezing) and Australian flag tattoos, I could only dream of Bondi Beach and celebrating Australia Day Down Under . As I supped on a can or two of VB and then graduated to a Tooheys, rather like the Irish pulling on a pint of Guinness outside their Emerald Isles, it just didn’t taste right. But that could have been down to the fact that I could have bought Hamilton Island for the prices they were charging for the Aussie beers.

Unlike the pub situation back in Oz, fair dinkum watering holes between Geneva and Lausanne needs to be seriously looked at by the authorities – as I have only counted three pubs in a 55km radius. Therefore I miss not being able to saunter down to my old local, the Lord Dudley in Sydney’s Paddington for a pie and a pint.

Switzerland is a beautiful country but Jesus was it cold in February. Temperatures plummeted to minus 15 whereas in Sydney it would have been in the mid-twenties. And then there’s the option of swimming! For at least six months of the year you can swim without shrinkage in Australia but the same certainly doesn’t go here — no matter how gorgeous Lake Geneva is!

I used to revel in the fierce work banter on a Monday morning – whether it be a shot across the bows on some Ashes cricket talk or even just discussing the pros and cons of who is a bigger pikey – an NRL player or a premiership footballer? I even miss the incredibly biased commentary of Greg Martin when he gets going on his beloved Queensland Reds or the Wallabies. We just don’t get that kind of entertainment here in dear old Geneva.

We live in a multinational world and I still consider myself a proud Englishman but without a doubt I do miss Australia and I still have my obvious Australian mannerisms. However, I daresay next year I will be able to yodel, perfect the art of making a fondue and be able to build a cuckoo clock to confirm my Swiss make-over. But I’ll still yearn for a nice cold stubbie of VB and meat pie with sauce.

Are you more or less Aussie since your move overseas? Tell us