AFL London Split Round 7: Wandsworth host and defeat North London in a fierce clash down south.

The Wandsworth Demons came incredibly close to victory over the competition front-runners last week if it weren’t for a mere point in the dying minutes of the fourth.

This week they brought the same fight that almost ended the West London Wildcats’ perfect season when they met the North London Lions on the rock hard surface at Clapham Common. 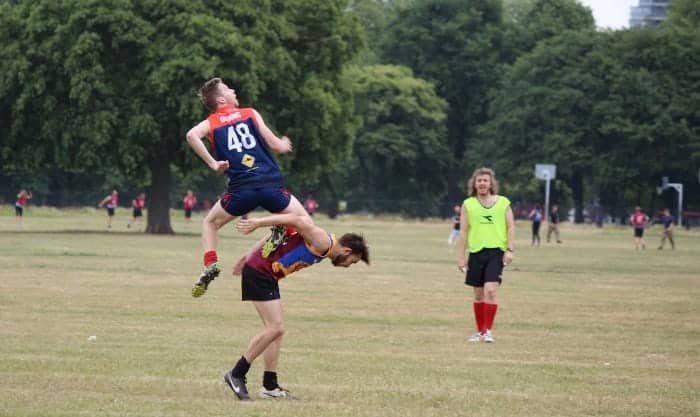 It was a tough game both physically and mentally for the Demons and Lions as they kept it virtually goal for goal for the first three quarters. Sean McManus of the Demons rucked hard and won plenty of the ball right around the ground whilst John Morrell and Ben Quick of the Lions took turns with outstanding defensive work, contesting every possession down back for the Lions. North London brought a big side; prepared to run and tackle hard, being first to the ball for most of the first half. However, Wandsworth were able to use the ball more efficiently, keeping the crowd on their feet going into the major break. 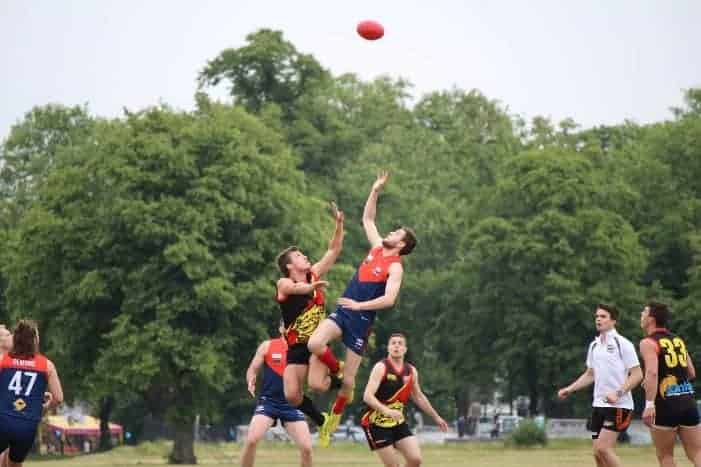 The premiership quarter kicked off with the Demons managing to sneak ahead kicking three goals to two. With Adam Jeffrey putting in the hard yards from siren to siren and Josh Bettie going in hard and skilfully, the Demons brought a stronger attack throughout the quarter.

The arm wrestle ceased and the Demons pulled ahead with Orlando Morales making his presence known, bagging two important goals. Michael Pittman continually delivered to his team mates and set up countless scoring opportunities. Similarly, strong last man in defence, Hamish Wilson, ceaselessly cleared from the line to keep the Lions at bay. 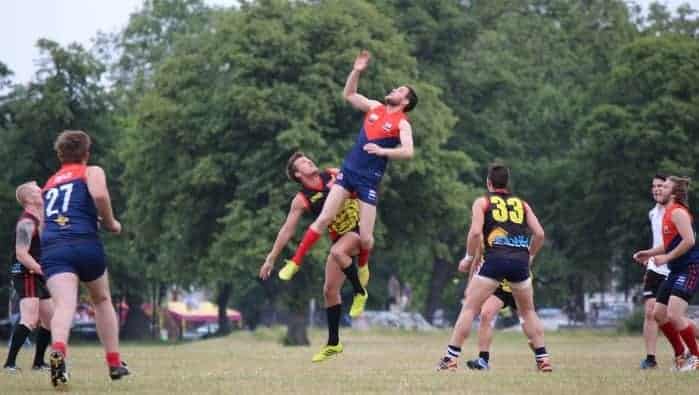 David Strugnell, Jake Spiteri and Michael Hammond all contributed to the scoreboard for North London. The Demons’ spirit was just too tough to crack though, and the Lions went down bravely by 11 points.

The Wandsworth Demons are demonstrating they have what it takes coming into the business end of the season and are sure to deliver some thrilling matches over the next couple of rounds.