Australia and Great Britain both take Olympic-strength squads into this week's opening phase of a five-month track cycling cold war before the London Games. 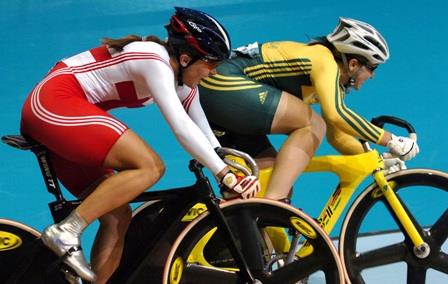 AUSTRALIA and Great Britain both take Olympic-strength squads into this week’s opening phase of a five-month track cycling cold war before the London Games.

Australia’s riders get their first look at the Games velodrome and a chance to eye their likely Olympic rivals in the London leg of the World Cup, a test event in more ways than one.

Stage two of the battle before London will be at the world championships in Melbourne in April.

But the first chance to make a pre-Games statement comes at London’s Olympic Park from Friday.

Australia’s team pursuit gun Jack Bobridge knows it’s an opportunity to reinforce a psychological edge as much as it is to get information on both the intricacies of the Siberian pine track and his opponents.

“We’ll be looking to win in London and stamp a bit of authority there and do the same thing at the worlds,” Bobridge said.

“It’ll be great to get there, get some data and see what the track’s like.”

The long-standing team pursuit contest between Australia’s world champions and Britain’s Olympic champions will provide one of the highlights of the three-day event.

Sprint queen Anna Meares will face her British nemesis Victoria Pendleton and China’s exciting Guo Shuang, while world keirin champion Shane Perkins will have a better indication of his Olympic chances after another contest with British pair Chris Hoy and Jason Kenny and Holland’s Teun Mulder.

Perkins says the World Cup is also a chance for the Australians to continue their progress in the team sprint.

Perkins, Matthew Glaetzer and Scott Sunderland set an Australian record at the World Cup in Kazakhstan last November, finishing second to world champion Germany and marking themselves as credible challengers to the Germans, British and French.

“There’s progress and there’s still more progress to be made,” Perkins said.

After failing to win a title at the recent Australian championships, the World Cup is a strategic step for Perkins on his way to the Olympics.

“From hereon, we change focus in training. We see the speed step up and some goals to hit in the World Cup and bigger ones in Melbourne for the world championships,” he said.