Cricket Australia have granted the request of Muslim cricketer Fawad Ahmed to not wear a uniform with alcohol-sponsorship branding. 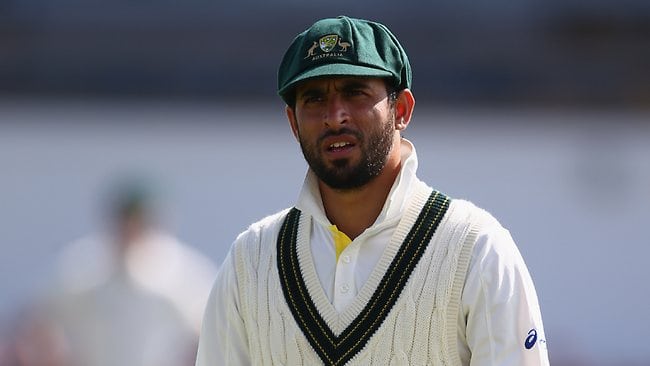 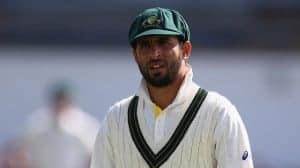 AUSTRALIAN cricketer Fawad Ahmed’s request to not wear a uniform branded with tour sponsor Victoria Bitter has been accepted by Cricket Australia in light of the international spin-bowler’s conservative Muslim beliefs.

Mr Ahmed’s concerns with the Victoria Bitter sponsorship come from a passage in in the Qur’an that specifically bans the use of intoxicants such as alcoholic beverages. Intoxicants are referred to in the Islamic holy book as “abominations of Satan’s handiwork” and products designed to turn people away from Allah.

Mike McKenna, executive general manager of operations for Cricket Australia, said that the organisation understood Mr Ahmed’s position on the sponsorship issue and were respectful of his religious beliefs. He said that Mr Ahmed had spoken to Cricket Australia executives to outline his position after his selection, and they had taken his comments on board.

Mr McKenna said: “Following Fawad’s selection in the Australia A squad to tour the British Isles in June Cricket Australia spoke with him in regards to the VB branding of the team kit. Fawad expressed discomfort with the conflict this created for him, due to his religious beliefs.

“Cricket Australia and Carlton United Breweries (CUB) are respectful of Fawad’s personal beliefs and have agreed with his request to wear an unbranded shirt. CUB have been a long-standing partner of Australian Cricket for more than 17 years and Fawad was thankful for their understanding of his personal situation.”

Mr Ahmed emigrated to Australia from Pakistan in 2009 and subsequently obtained Australian citizenship. He did not wear the VB logo during his international debut in last week’s Twenty20 matches against England, during which he bowled 3-25 at Chester-le-Street.

Paul Marsh, chief executive of the Australian Cricketers’ Association, said that Cricket Australia would have considered Mr Ahmed’s request very seriously before setting a precedent and allowing the international sportsman to wear an unbranded uniform. He said that there were currently no provisions in a player’s contract in regards to sponsorship objections.

Mr Marsh said: “Cricket Australia would have weighed this up seriously. They would have thought about the precedent it could set. But I commend them and Carlton United for taking an approach that allowed the player to not contravene his personal beliefs. If a player has reasonable personal or professional objection … they would allow the player to be exempt. That’s what has been extended to Fawad. They came to a very reasonable agreement.”

Danny Nalliah, president of conservative Christian organisation the Rise Up Australia Party, told radio presenter Glen Ridge last night that he respected Mr Ahmed’s religious decision and his reason for refusing to wear a uniform branded with an alcoholic product. He went on to question whether Mr Ahmed would accept sponsorship money from Carlton United Breweries despite not participating in the sponsorship deal.

Pastor Nalliah said: “Could this be the beginning of a very negative trend being set for the future of Australian Cricket? After all the years of tobacco sponsorship, could this be another cancer in the team? Let the people in Australia speak out.”

Mr Ahmed’s case bears similarity to that of Premier League footballer Papiss Cisse, who recently refused to wear the uniform of his club Newcastle United due to his objections over sponsor Wonga. Wonga have been involved in controversies surrounding the interest rates charged on the short-term loans offered by the company.