Swimming Australia (SA) expects the findings of an independent examination into the culture and leadership of the elite team to be handed down by February. The hiring of the consultancy firm, Bluestone Edge, follows criticisms of the attitude and harmony of the Australian team during the Olympics campaign. 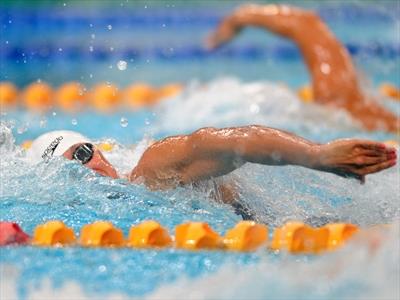 SWIMMING Australia (SA) expects the findings of an independent examination into the culture and leadership of the elite team to be handed down by February.

New SA president Barclay Nettlefold announced on Tuesday that a consultancy firm, Bluestone Edge, had been hired to review claims of a culture problem in the sport stemming from a London Olympics campaign that yielded just one gold medal.

Leading swimmers including Libby Trickett and former champion Susie O’Neill were critical of the attitude and harmony of the Australian team during the Olympics campaign.

There were also revelations by heat swimmer Tommaso D’Orsongna of misbehaviour within the team at a pre-Olympics camp in Manchester, including prank phone calls and knocking on hotel bedroom doors.

Swimming Australia has promised to strongly follow the recommendations made by Dr Pippa Grange from Bluestone Edge, even if that includes job changes for coaches and staff.

Nettlefold said swimmers and coaches had given their overwhelming support for the process and that the review was a sign of unity from the organisation.

The general manager of the Australian Swimmers’ Association Daniel Kowalski has praised Nettlefold for helping improve communication between Swimming Australia and athletes.

Nettlefold says Dr Grange would continue to play a role for Swimming Australia after her initial report is handed down.

“It’s an ongoing thing. It’ll be something we review and keep developing and nurturing,” Nettlefold told AAP.

“We’ll keep building up all the right codes of conduct.”

Nettlefold said while the performances of Australian swimmers were probably better than people initially thought in London the need for a review became obvious post the Games when a number of swimmers aired their grievances about the team environment during the competition.

“We needed to clearly see where the cultural issues, leadership issues and personal issues were with the swimmers,” he said.

“There were statements made and we needed to really understand what they’re trying to state and get them back on track.

“Clearly we are concerned about where the swimmers’ mindsets are and that they’re moving forward in the right direction and we’re moving with them.” – AAP