After successive 6-0 defeats to Brazil and France, the Socceroos are slowly rebuilding their confidence on the field, beating Canada 3-0 in Fulham last night.

by Michael McCormick
in Sport 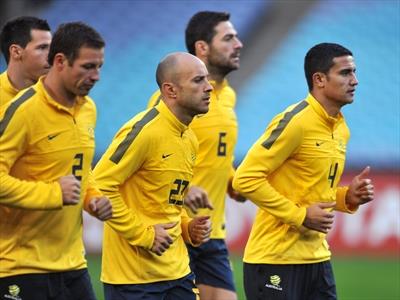 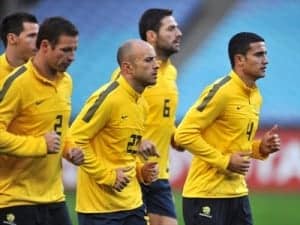 THE Socceroos have put their recent poor form behind them, beating Canada at the Cottage in Fulham last night

The usual suspects starred in the game that featured skills that were sloppy at best.

Josh Kennedy kicked off proceedings with a goal in the first 2 minutes of the game after an assist from Mark Bresciano set up an easy header. The brilliance continued up the other end of the ground for the Australians when the new look goalkeeper, Mat Ryan, made a dramatic, diving save only minutes later.

The skills early resembled two teams who didn’t have much confidence in their abilities and rightly so. Australia came into this match having been embarrassed by Brazil – which is understandable – and their pants pulled down by France from which the very public sacking of their coach resulted.

Canada were looking to break an eleven match losing streak by beating Australia and were definitely fighting to prove that point, doing all the attacking for the best part of the last twenty minutes of the half.

Luckily Australia was able to stem the flow and get on the attack again at various intervals.

Controversy struck for the first time when a goal from Bresciano was disallowed following an off side call late in the first half.

Another brilliant save from the Australian goalie brought the Canadian spirits down along with the curtain on the first half.

The Socceroos went into the half time break with a 1-0 lead.

Early in the second half the game appeared to be following the same pattern as the first. There were plenty of seemingly simple skill errors being made by both teams. Canada in particular appeared shaken and a stray shot at goal that ended up in the crowd – a difficult feat considering spectator seating was located to the side of the goals – proved that they were on the ropes.

Eight minutes in, the crowd erupted as a corner kick from David Carney set up Dario Vidosic who caressed the ball past the keeper for Australia’s second goal.

This seemed to kick the Socceroos into gear, to which the crowd responded with an unanimous chant of “finally!”

Almost thirty minutes after their second, Australia put the icing on the cake with a third and final goal set-up again by a beautifully placed corner from Carney. Matthew Leckie was the lucky recipient of a ball to the head which luckily rebounded into the back of the net to cement the game for the Australians and Leckie’s name on the illustrious list of players who have scored at least one goal for the Socceroos.

Although Canada pushed and had chances late in the game to at least claw one goal back, all of their attempts were futile and the Socceroos claimed a much needed 3-0 victory.

The best player on the night was clearly Mark Bresciano who ran rings around all of his opponents. Josh Kennedy and Rhys Williams were also prominent in the Socceroo’s historic first win under new coach, Aurelio Vidmar.