Can Australia win the 2019 Cricket World Cup? We take an early look

A lot has changed since Australia lifted the World Cup back in 2015, most of it not particularly pleasant for the Baggy Green. Even so, the 2019 edition is just a year away and Justin Langer needs to seriously start thinking about his expectations. 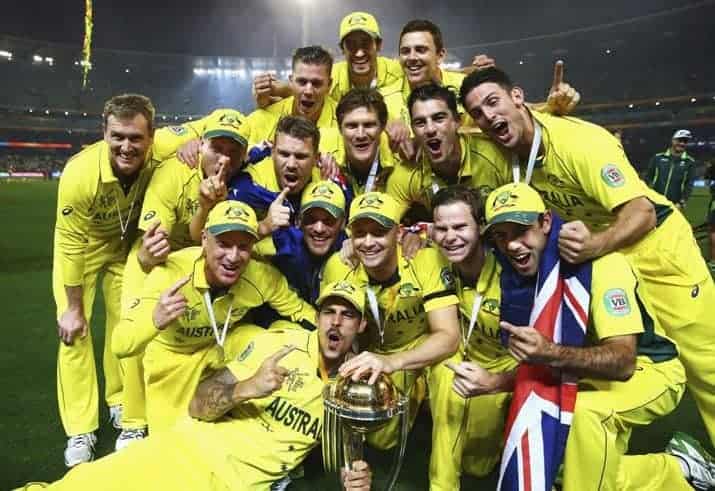 The recent ODI whitewash by England perhaps showed just how far behind the Australian cricket team are, the 242 run defeat the most brutal of those defeats.

It showed that Langer has a huge mountain to climb if they’re going to challenge in England next year, with Australia dropping to sixth in the ICC rankings.

Despite that, Langer will be worried with a run of form that puts them among the worst in the world on the one day scene.

Captain Tim Paine remains positive, however. Against England there were a number of players missing, including Steven Smith and David Warner who remain suspended, while Mitchell Starc, Pat Cummins and Josh Hazlewood were also missing among the bowling attack.

That is a significant number of star players. Whether they can comfortably fit back into that team is another story though.

They’ll have to start improving their one day form though between now and next summer. While it’s not integral to do well in tournament cricket, recent tournaments have shown it helps.

The Australian’s win four years ago came with the side going in as the form team, winning 13 of 17 ODIs, while ahead of their 2007 victory it was a similar story.

Where they will have to improve is with the ball. The attack is among the most expensive in the world at 5.92 per over at an average of almost 38 per wicket.

With the bat there is room for improvement too. The nation’s batsmen are totting up around 30 each at the moment, which is an average that falls behind even Scotland.

Smith will of course be a huge addition should he be welcomed back in the squad and it is clear to see just how much they miss him in both white and red ball cricket.

Next up for the Australians is South Africa in November, which will be a big market on how they may play next summer.

It’ll only take a good few wins to kick-start a run of form, but with the World Cup closing down rapidly they need to start winning. And fast.