The Australian cricket team's injury woes have deepened with Shane Watson and Brett Lee set to head home early from the disastrous one-day tour of the United Kingdom. 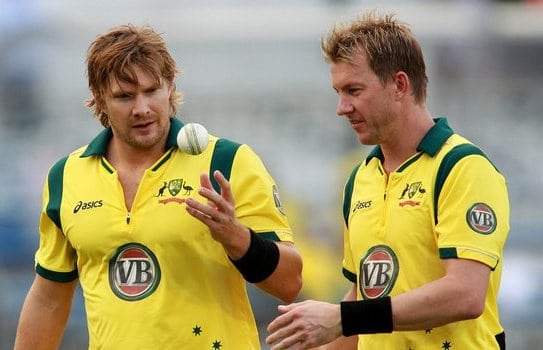 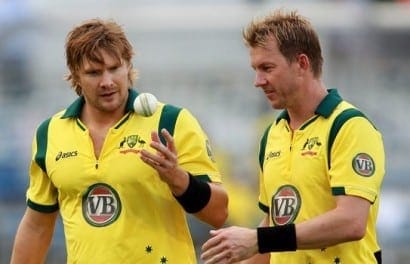 THE AUSTRALIAN cricket team’s injury woes have deepened with Shane Watson and Brett Lee set to head home early from the disastrous one-day tour of the United Kingdom.

Watson and Lee suffered calf injuries in the weekend’s loss to England in Durham but medical staff remain hopeful of both being fit for September’s World Twenty20 in Sri Lanka.

Their departure follow the premature end to Pat Cummins’ tour because of a side strain injury.

“Shane Watson and Brett Lee have calf strains – Shane to the left and Brett to the right calf,” Australia team doctor John Orchard said in a statement.

“This is the opposite calf to the injury Shane had last summer.

“Because both players will miss the final game, they are flying back to Sydney for MRI scans and further treatment.

“At this stage, they are anticipated to be available for consideration for selection for the ICC World Twenty20.”

Australia will be chasing a consolation victory in the final fixture of the five-match series against England in Manchester on Tuesday.

England leads the series 3-0 with a wash-out in Edgbaston saving Australia from the potential humiliation of losing its top ranking on the one-day standings to the old enemy on British soil.

Scan results will determine whether Watson and Lee will be available for the upcoming series against Pakistan in the United Arab Emirates.

Will Australia avoid a 4-0 whitewash with victory tomorrow? Tell us your thoughts below: