With just a few weeks to go until AFL London kicks off in earnest, LEE CROSSLEY examines those at the centre of the Aussie game at London’s heart. 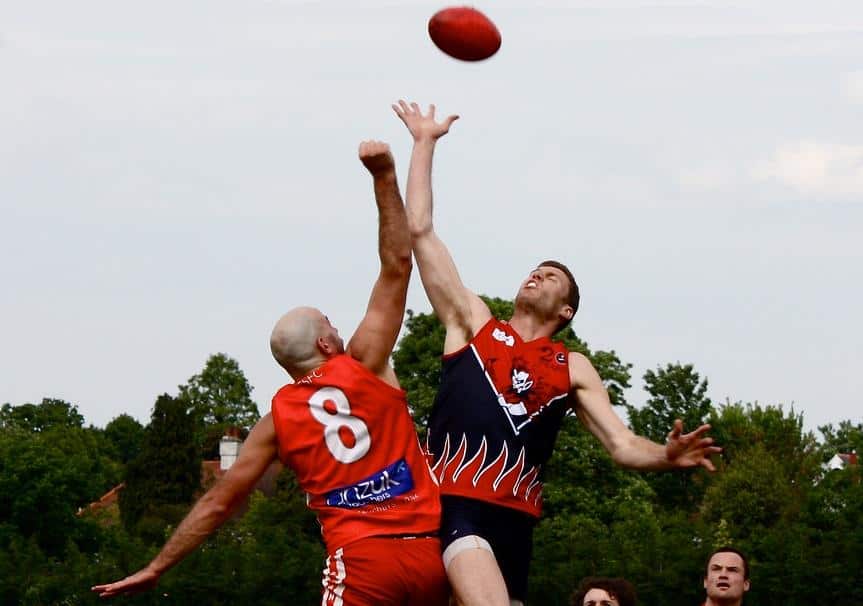 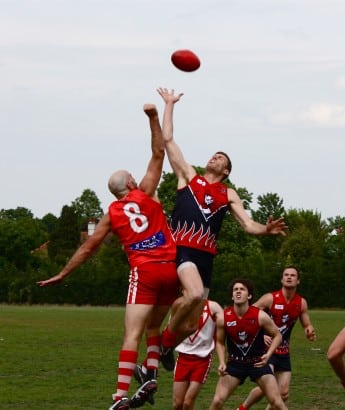 WHO would be an Aussie Rules umpire?

A pound for each time that question was asked would fund my travel itinerary for a decade.

It’s hardly surprising that being an umpire isn’t at the top of people’s list when they come to London. After all, if you’ve got even a mild interest in Aussie Rules and drinking then you’re going to damn well play for an AFL London club instead of reffing them, aren’t you?

Umpiring isn’t even popular in Australia, so if you’re not playing and your weekends are free then you’ll most probably be off on your next travel jaunt rather than chasing the boys and the ball around the field.

So what am I doing as a whistle-blower then? 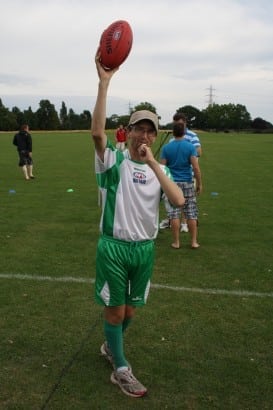 I love my footy as much as the next bloke and I can run out a match. So why not play? If I could see properly, I’d be down at a club champing at the bit. Alas my sight is so poor I would struggle to hit Tony Lockett on a long searching lead from the goalsquare — post playing days!

So umpiring is a good way for me to stay involved.

The AFL London competition is an unusual beast. On the surface it would appear as though the players are in it for a bit of ‘hit and giggle’ but don’t be deceived! Cross that white line and they’re as fair dinkum as any suburban competition as I’ve umpired or reported on.

The standard can be hit and miss: that will happen when many players’ training regime consists of an hour’s trackwork to every three at the bar, thrown in with a trip to Europe every month just to stay fresh. But then along comes the odd WAFL, SANFL, VFL, VAFA , Ovens and Murray or even ex-AFL player to keep the expats on their toes. Last year West London had former Richmond midfielder Craig Ednie play half a dozen games, while former Carlton Blue Anthony Raso held down centre half-forward for the South London Swans for a few years.

But don’t umpires get abused? And what about the social scene? I’d be keen for a beer afterwards and the umps aren’t really up for that, right?

True, you don’t get the team morale that comes with a club, especially during the week, pre-season and post-season. But what’s stopping you hanging around for a beer after a match? Absolutely nothing!

I got here six months before the last season. I wanted an authentic British/European experience. I’d worked as an AFL journalist before crossing to teaching and thought I wanted to escape all things AFL for two years.

Then the then president of West London Wildcats Ben Bond baled me up for a few beers. Next thing I was umpiring that weekend.

Three months later and I was in it up to my eyeballs and loving it.

After initial reluctance, I can now say becoming an umpire for AFL London has been one of my London highlights.

Unfortunately, there are only a handful of us in the umpires squad.

I can say from firsthand experience it’s enhanced my London experience and then some. As an ump, you call it how you see it and try to be fair. From where I sit, it’s fair to say that AFL London is in good shape. Why not do your bit to help it become better?

If you are interested in becoming an umpire in the AFL London competition, email Umpires Manager Oscar Ayyadi on [email protected]. No experience necessary. The season starts on 12 May and runs until 18 August.