Best and worst of the Rugby World Cup

Charlie Inglefield looks back on the 2015 Rugby World Cup winners and losers, and has some trophies of his own he’d like to hand out.

The 2015 Rugby World Cup finished with an exciting finale in which the best team won. New Zealand’s All Blacks showed yet again that they are the team to beat by some considerable distance.

That is not to demean the Wallabies’ effort. They came back brilliantly in the second half and showed what an improved side they have become. The Australian team, alongside Michael Cheika, can be very proud of their efforts and can look forward to the next four years with great optimism.

The Milner-Skudder try perhaps summed up the excellence of the All Blacks and the giant chasm that still exists between the two hemispheres. In the lead up, we saw deft ball handling among both forwards and backs under extreme game pressure. The ageless McCaw, Coles and Retallick interchanged passes which then allowed Kaino, Conrad Smith and McCaw to get Milner-Skudder in the corner a few phases later. It would be unfair to signal out whether any of the northern hemisphere teams could have executed something similar but I suspect not.

This is one of the indicators why the 2015 Rugby World Cup has been such an engaging and gripping tournament – arguably the best of them all. We have seen the supposed minnows come to the fore, led by the wonderfully combative Japanese, Georgians and Namibians. Stars have been born, reputations enhanced and torn up, 271 tries scored and new audiences introduced to the sport.

There are a number of awards that need to be given out. So, without any further ado…

Player of the tournament: David Pocock

Multiple options with this award, including honorable mentions to the following: Richie McCaw and basically most of the New Zealand first team.  It has been a tournament for back rows (apart from England`s); Schalk Burger and Francois Louw have been magnificent for a resurgent Springbok side. Michael Hooper was his usual outstanding self, but it is his mate, David Pocock who takes the crown.

Persistent excellence and how the Wallabies missed him against the Scots in the quarters.

Find of the tournament: Nehe Milner-Skudder

Another difficult category to pick from particularly when assessing the talents of David Denton of Scotland who was immense against the Wallabies. DTH Van der Merwe was magnificent on the wing for the Canadians as was Santiago Cordero for the Pumas. New Zealand has an annoyingly long list of world-class backs and Nehe Milner-Skudder is the latest off the conveyor belt.

Of course Steve Hansen, Eddie Jones and Michael Cheika deserve this award as well. However, Hourcade has unleashed some of the best backs to be seen in the tournament. The traditional strengths of the Argentinian pack still remain but they now have a cutting edge out wide. It was wonderful to watch Cordero, Imhoff and Teuclet in full flight against Ireland in the quarterfinals.

Underachievers of the tournament: England

Only two teams here, England and France; possibly Western Samoa as well. England nicks it because they were the hosts. Desperately disappointing campaign, wracked with poor selection choices, style of game and indecision. France were not much better and a hammering to the All Blacks brought the curtain down on Saint Andre`s chaotic reign.

Absolute warriors these two, Pocock seemed to collect more lacerations and bruises to add to his two knees reconstructions as each game passed. Not surprising that Burger and Pocock were born not far from each other in Africa. Burger was his usual kamikaze self, smashing himself into concussion against the Georgians and sadly marking the end to a remarkable career.

Team of the ‘Cup: Japan

We know that New Zealand were the best team, however Japan defied all odds to win three pool games, including that epic against the Springboks to rip this tournament alive in round 1. Eddie Jones has performed miracles, adding starch to the pack and glitter to the backs. They will be worthy hosts in 2019.

Most overrated player/team: The England team

Unfair to single out Sam Burgess for this as he was a pawn in an awful coaching display. England simply did not turn up in this campaign with the emphasis on too much power rather than creativity. 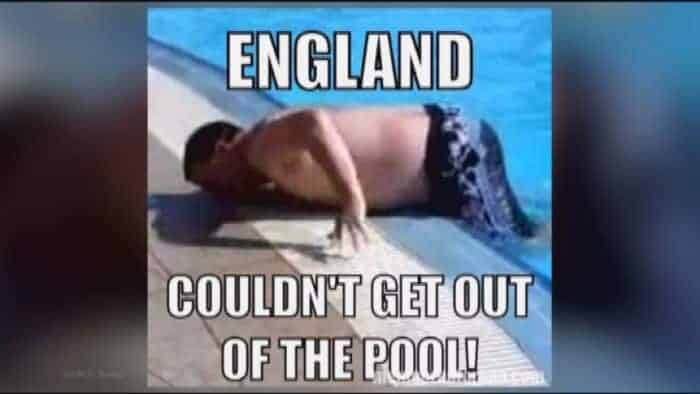 Can someone please tell the English set-up to install Messrs.’, Cipriani, Eastmond, Wade and Slade to the XV for the 2016 Six Nations?

Japan`s fullback was outstanding, particularly in his performances against South Africa and Western Samoa. Not sure about the many plasters he has or his kicking stance, but a quality player. Looked so laid-back as he went about creating the biggest upset in the professional era when downing the Springboks.

Biggar was one of the players of the 2015 Rugby World Cup but it was his fantastic prep for kick style which got the headlines.

Seriously looked like he had a mixture of IBS, ants in his pants and about to hear his GCSE results as he approached the kicking tee. Priceless. Makes Wilkinson look relatively normal.

Don`t mess with me award: The Georgian rugby team

You would not want to be caught in the middle of a scrum sandwich with the mighty Georgians. Lovely blokes off the pitch but very big on it.

Please enter Steffi van Wyk, Miss Namibia 2015. Although technically not a wag, it was not surprising to learn that she was an extremely popular supporter in the Namibian dressing room given that her brother, Robin, plays in the team. 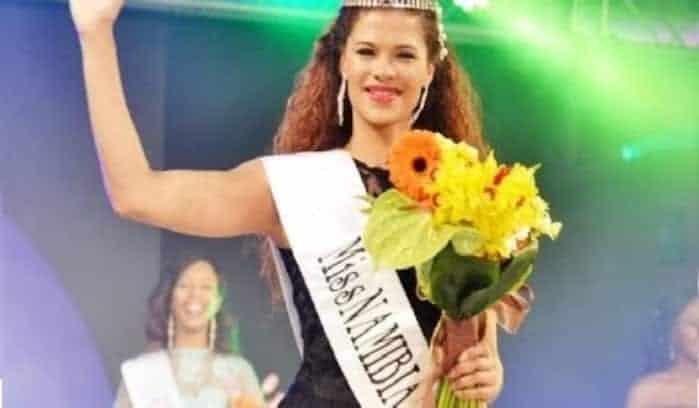 I would imagine he had a fair few beers bought for him in the post-match ceremonies.

There were some absolute crackers including Scotland v Australia and the Final, but this tournament was swung wide open at the start by that memorable match in Brighton.

Japan dared to dream in the last five minutes of that game but they stayed true to their principals.

Hesketh`s name will be etched on many a pub sporting quiz in the years to come.

Let`s hope he really did need to go the loo after he had blown the final whistle and broke every Scottish heart. I don’t think Greig Laidlaw will be sending him a Christmas card this year. The Wallabies on the other hand…

Golden Balls who can do no wrong: Sonny Bill Williams

Sonny Bill has won two Rugby World Cups, two NRL premierships, a Super 15 title, a few boxing bouts…is there anything he cannot do? Well, yes; he also gave his medal to a young lad who got tackled to the ground by some over zealous security staff (maybe they should have been picked in the England back row). Sonny Bill, take a bow; all round good bloke.

There are a few popular ones like Juan Martin Hernandez and Sonny Bill but Wilko in the commentary box still gets the sighs from the ladies during the half-time interval.