LET'S hope Australian Sports Minister Kate Lundy's rowing technique is well honed. She will be rowing the length of the Eton rowing course when Australia finish behind Great Britain on the Olympic medal tally after a bet she had with British sports minister Hugh Robertson. 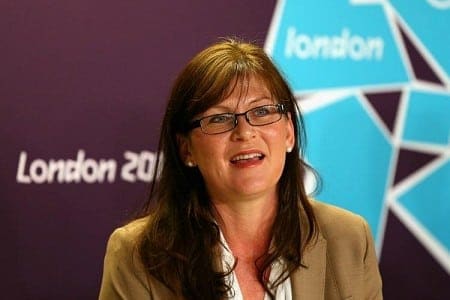 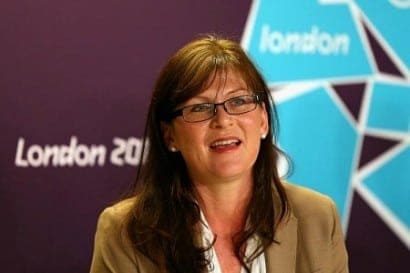 By Lee Crossley
LET’S hope Australian Sports Minister Kate Lundy’s rowing technique is well honed.
She will be rowing the length of the Eton rowing course when Australia finish behind Great Britain on the Olympic medal tally after a bet she had with British sports minister Hugh Robertson.
“If we get more gold medals then he will dribble a hockey ball wearing a Kookaburras shirt around the perimeter of Australia House right here in the centre of London,” Lundy told reporters before the Games began.

“If they get more gold medals then I will be wearing a Union Jack t-shirt and rowing the length of the Eton rowing course.

“My rowing is definitely not up to Olympic standard, it will take me a while to get down that two-mile course.”

It seems, after Australia’s relative horror-showing at London 2012, Lundy will be the one holding up her end of the deal.

After 11 days of Olympic competition, Australia sit in 11th place on the medal table with just four golds (amongst 12 silvers) while the host nation, Great Britain, have performed out of their skin to make third place on the table their own with a national record of 22 golds.

“There’s a lot people back home wishing we have more gold medals on our ledger,” Lundy told BBC Radio 4’s World at One.

“But my message is let’s not take it away from our athletes who have come so close to gold. We’re very proud of them for achieving their silver medals.

“I’m sure we’ll have our day in the golden sun once again. But in the meantime we will be celebrating our silver.”

And because of that ‘silver success’, Senator Lundy has now conceded she’ll be honouring her bet and jumping in a rowing boat in Team GB kit.

“I cheerfully conceded I will be rowing out at Eton Dorney, we did have our medal bet on in our traditional wager. This time, you guys are on top,” she told the British press on Tuesday.

“Equally if it was the other way round, I’m sure Minister Robertson would have been cheerful enough to put on a Kookaburras’ shirt and dribble that hockey ball around Australia House, but that won’t be happening.”

She later posted a picture on Twitter after receiving a Team GB shirt from Channel 4 News presenter Krishnan Guru-Murthy.

“Having cheerfully conceded my bet, he [Guru-Murthy] took the opportunity to present me a GB shirt in anticipation of my row at Eton!” Lundy tweeted.

No date has yet been set for the row involving Senator Lundy.

In 2008 British sports minister Gerry Sutcliffe won a bet with then Aussie sports minister Kate Ellis over the Beijing medal tally, resulting in Ellis having to wear a Great Britain shirt to the Paralympic Games.