The chief executive officers of all four major football codes will appear together next week to take a stand against homophobia. 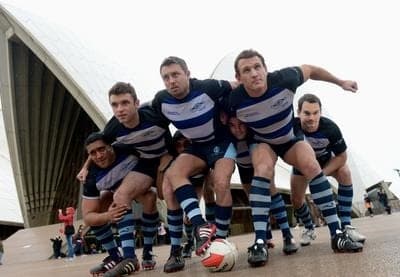 Anti-homophobia campaigners will achieve the rare feat of getting the heads of all major football codes to publicly unite behind a cause and have assembled a dazzling cast of sports stars as supporters.

The heavy hitters of Australian sports administration are all scheduled to attend a press conference in Sydney next Wednesday organised by officials of the Bingham Cup, which is also known as the Gay Rugby World Cup.

Organisers are claiming a world first in that all the the major, professional sports in a country collectively commit to tackling discrimination based on sexual orientation.

“It sends a very important message to the sports, to their supporters and their administrators that there’s no room for any homophobia in sport,” Bingham Cup chairman Andrew Purchas (Purchas) told AAP.

“They are signing a document and a commitment that their sports will implement anti-homophobia and inclusion policies by the time the Bingham Cup starts (in Sydney) in August of this year.”

The list of high profile stars appearing in a supporting anti-homophobia TV community service announcement to be shown on the day reads like a who’s who of Australian sport.

Bingham Cup organisers initially approached the ARU last year and then challenged the other football codes to be inclusive and take an anti-homophobic stance.

“I’ve been pleasantly surprised how willing they were to embrace it.”

IMAGE: The Sydney Convicts gay rugby club pose with the Bigham Cup in front of the Sydney Opera House in Sydney, Thursday, Oct. 11, 2012. Sydney has been announced as the host the Bingham Cup 2014, the World Cup of gay rugby.(AAP Image/Dean Lewins)