As the introspection starts after a relatively poor Olympic display by Australia in London, John Coates argues that money and athletes were not the problem. 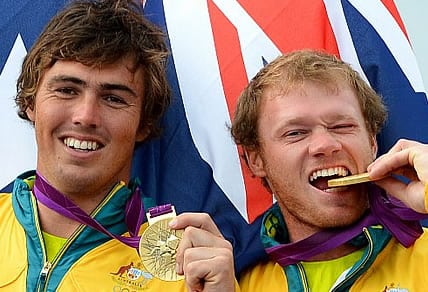 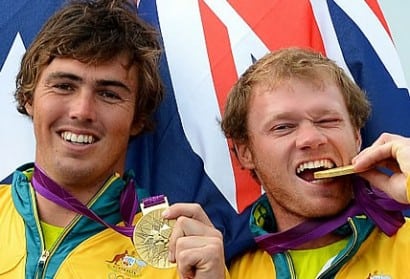 THEY landed with hope, yet found little glory.

And don’t bet on a rapid revival in Rio.

After free-falling at the London Olympics, Australia will again aim high, for a top five finish at the 2016 Rio Games.

But it’s a long shot after Australia slipped in London to its least successful Olympics in two decades.

“It is going to be very, very difficult,” Australian Olympic Committee president John Coates said of a recovery in Rio.

Some 16 silver and 12 bronze medals bolstered the tally but Australia slid to 10th on the medal table – after finishing sixth, fourth and fourth in the three Games prior.

And like most Australians sifting through the London ashes, Coates wants to know why.

“There is something there that I don’t know what it is,” he said.

“I wouldn’t point the finger at our athletes in terms of attitude, I can’t do that,” he said.

Nor was a lack of money the root cause.

“I am absolutely certain that the sports have to look at themselves rather than look for more money,” Coates said.

Every Olympic sport contested by Australians in London will hold reviews to find out.

Coates suspected coaching would come up as an issue. And sports management.

And sports science. And an inability to turn silver into gold.

And swimming – the traditional tone-setters for the Australian campaign were decidedly off-key.

For the first time since the 1972 Olympics, Australia didn’t produce an individual swimming gold medallist.

“My only disappointment here was of the 35 medals, one, that swimming didn’t do better and just get us a bit more,” Coates said.

“The other disappointment was that we didn’t nail those gold medals, it was the silvers that dominated our tally.”

Of the seven golds, only one came at the pool – the women’s 4x100m freestyle relay.

Sally Pearson delivered on her destiny to secure the sole track and field gold, in the 100m hurdles.

And cyclist Anna Meares triumphed in the women’s sprint.

Apart from that, Australians wanting a gold rush turned to water, outside.

Sailors hoisted Australian spirits despite not even being in London – they raced almost 200km away in Weymouth.

And the K4 1000m canoe crew of Tate Smith, Murray Stewart, Jake Clear and David Smith captured the gold medal in their event.

Among the silvers, there were tales of triumph and tragedy.

Jared Tallent’s silver in the men’s 50km walk was a triumph; swimmer James Magnussen being beaten by one lousy hundredth of a second in the 100m freestyle a tragedy.

Magnussen arrived in London as a world champion predicting gold, just like the men’s hockey team.

But the Kookaburras’ Olympic curse continued, unsatisfied with bronze.

Hooker failed to clear a height in the pole vault final – at least he made it that far, Mitcham didn’t even make the final of his 10m platform event.

But among the ruins, there were some records.

Swimmer Alicia Coutts was Australia’s most successful athlete in London, grabbing five records – one gold in the women’s relay, three silver and a bronze.

In the process, Coutts equalled the record for the most medals by an Australian at the one Olympics, sharing the rare stratosphere with ex-swim stars Ian Thorpe and Shane Gould.

And Tallent’s walking silver was his third Olympic medal, equalling the record for the most by an Australian male track and field athlete. – AAP