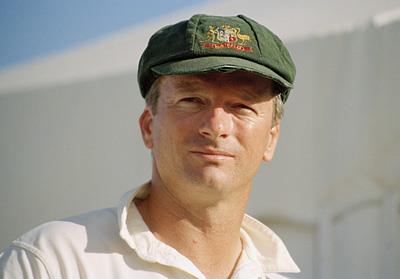 Ponting feasted on India during Australia’s 4-0 series sweep, scoring 544 runs at 108.8, to revive his career and buy himself more time in the baggy green.

However Waugh, who retired at 38 years and six months, suggested that plans for 37-year-old Ponting’s eventual departure had to be put in place.

“It’s up to Ricky and the selectors (when he goes) but at some stage players have to move on,” said Waugh before Monday night’s Laureus World Sports Awards in London.

“It’s a tricky situation but (chief selector) John Inverarity and the selectors probably have to make some tough decisions fairly shortly.”

Waugh believes the revitalised Australian team will be capable of beating world No.1 England by the time next year’s Ashes series rolls around.

Australia’s form against India and England’s horrible start to the year against Pakistan in the United Arab Emirates had Waugh believing the national team could close the gap.

“There’s chinks in their armour, that’s for sure,” Waugh said of Andrew Strauss’s men.

“It’s hard to sustain winning at that level for a long time.

“By the time the Ashes come around I think we will really be in good shape.

“Bowlers are looking fantastic and we have plenty of good batsmen as well.

“It’s just a matter of will they have enough time to gel before the Ashes.

“I think they will. I think we can win the next Ashes.”

Waugh was a long-time tormentor of the English, playing in eight straight Ashes triumphs following defeat in his maiden series in 1986/87.

He said veterans like Ponting and Mike Hussey must keep performing to earn a spot on next year’s Ashes tour.

“If those guys are still around scoring runs, great, but by that stage they will be 39-40,” he said.

“It’s pushing it a bit and you don’t want to push the envelope too far in an Ashes series.

“I think it’s a long way off to say these guys are going to be around then.”

However he cautioned the national team still had to work on its consistency following fluctuating performances against South Africa and New Zealand late last year.

“We can’t get too carried away just yet, there are still a few question marks with consistency,” he said.

“Even the West Indies coming up will be a challenging series, it will be a lot harder than we think.” – AAP