Australia will likely become the first nation to order its Olympians to sign a legal document stating they have no doping history in a landmark move athletes say will flush out drug cheats. 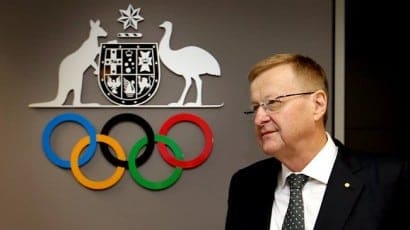 AUSTRALIA will likely become the first nation to order its Olympians to sign a legal document stating they have no doping history in a landmark move athletes say will flush out drug cheats.

Under a proposal, expected to be ratified by the Australian Olympic Committee (AOC) later this month, athletes who don’t sign a statutory declaration stating they have never used performance-enhancing drugs won’t be selected for the Olympics.

Coaches and officials will also be asked to sign the declaration in a move to prevent the AOC having “egg on its face like cycling has”, AOC president John Coates says.

The move is a direct response to the Lance Armstrong drugs case which led to two senior Cycling Australian officials, coach Matt White and vice president Stephen Hodge, quitting after admitting doping during their racing careers.

“We’re trying to make athletes realise the real risks of doping are not just being caught at the time of testing, but being caught with other evidence,” Coates told reporters in Melbourne on Friday.

“We want to make sure there’s no hidden treasures back there.”

Athletes who provide a false declaration could be jailed up to five years in some states.

“It makes any person that does or considers doping to really think about what the consequences are,” said Smith, who won gold at this year’s London Olympics.

“And if you’re not a doper, there is no real issue. It doesn’t cause a problem for the clean athletes.”

Australia’s dual Olympic triathlete Courtney Atkinson said it was a positive response to the Armstrong saga.

“This has brought more awareness to the fact that these things had gone on at a wider level, rather than just the one or two positive tests each year,” Atkinson said.

Australian kayaker Jessica Fox, who won a slalom silver medal at the London Games, said the move would deter athletes from taking drugs.

“With Lance Armstrong and what has happened there, it is so sad, for that to happen surely you have no soul,” Fox said.

Australia’s Olympic athletes currently have to sign a team agreement which included pledging to abide by anti-doping rules. It also compelled them to reveal any criminal history.

Only one Australian has failed a drugs test at an Olympics, modern pentathlete Alex Watson at the 1988 Seoul Games for excessive caffeine levels in his bloodstream.

Watson’s initial life ban was quashed in 1989 by the AOC, who found no evidence of the pentathlete doing anything but drinking too much coffee. –AAP