Danielle O'Brien and Greg Merriman set a season best in qualifying for the free dance programme at the Winter Olympics in Sochi. 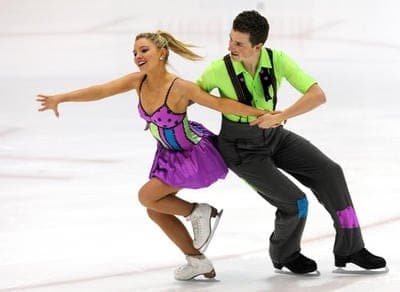 They made the most of their time on the ice in the short dance program at the Winter Olympics, stitching together a season’s best score to qualify for Monday’s free dance section.

The top 20 pairs in the 24-strong field progressed through, with O’Brien and Merriman’s 52.68 earning them 20th spot.

Their performance was especially satisfying after missing out on qualifying for the 2010 Vancouver Games when Merriman was hospitalised with pericarditis, an infection in the sac surrounding the heart.

Merriman said although 2010 had been in the back of their minds for a while, the decision to move to the US late in 2011 to train in Detroit had signalled a fresh start.

The memory of 2010 still served as motivation at the Iceberg Skating Palace in Sochi, O’Brien said.

“I said to Greg when we started, we’ve been waiting four years to do this, we might as well have fun and enjoy it.

“It felt great out there – every time we did an element, it just stuck, it hit,” she said.

“We said `let’s have fun today, let’s not wait until tomorrow’ just in case there was no tomorrow.”