Aussie cricketers pitch up on the Thames 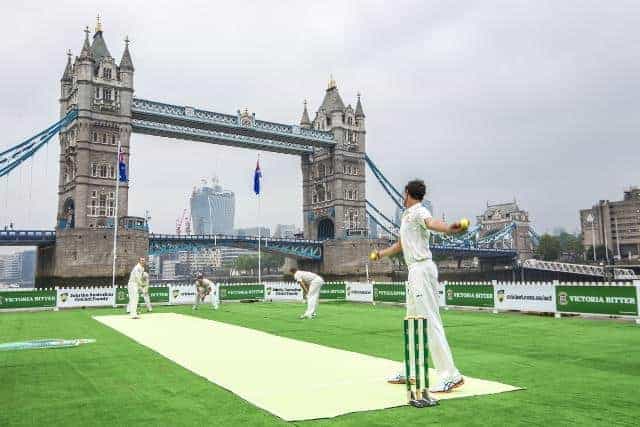 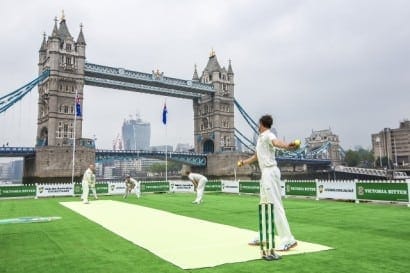 FIVE Australian cricketers reminded Aussie cricket fans of what’s in store at the Ashes this summer, with a training session on the Thames under iconic Tower Bridge.

On a floating cricket pitch set up on the river, Michael Clarke, Shane Watson, Chris Rogers, James Faulkner and Mitchell Starc helped send a reminder to Australian fans who plan to support the team this summer.

While Clarke said the team’s immediate focus is the battle for the urn in England, he was excited about the unique prospect of a double Ashes Series and encouraged Australian fans to get behind the team this summer.

“There’s no doubt the Ashes is the greatest rivalry in cricket and to have two series in a year is a great opportunity for fans and players.

We’ve come to London aware of the huge challenge in the coming months,” Clarke said.

Rogers said he was equally excited to be part of the 16-man squad selected to represent Australia in England.

“It’s a real honour to be a part of an Ashes Series and we’ll do the very best we can to return the urn to Australian soil,” Rogers said.

The first Ashes Test of the VB Tour of England starts on 10 July at Trent Bridge.